The Suits Are Wearing Him 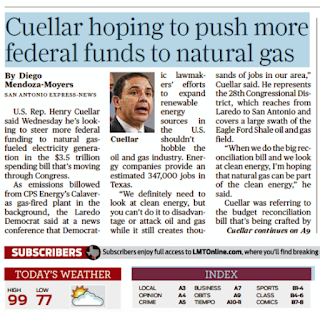 Less than 7 months to the primaries and Enrique Cuellar -- south Texas Democrat and liver spot model -- has two challengers ready to unseat him.  Naturally, he's out making the rounds with any media outlet that will listen.  Helping Mr. KWAY-are are well-funded PACs that have money to spend on TV ads and billboards. 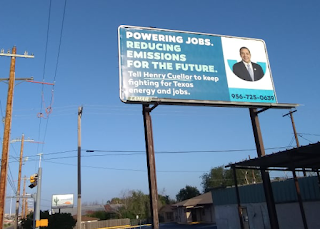 The energy industry is making a big push for Cuellar and he is returning the favor.  Kike wants to direct federal money towards natural gas big wigs.  It's funny that the energy sector needs any help at all.  But they're apparently in need of a little welfare.  And Cuellar being there to deliver for them is the ultimate irony.  In the past he's badmouthed the far left for their socialist proposals; and he'll do it from now until the results are in in March.

Cuellar is the ultimate socialist, always posing for the cameras to announce federal funds going to local non-profits.  As a shill for energy companies and for-profit prisons, el compadre goes all Karl Marx on us.

I don't want to say that Cuellar is rolling in corporate donations.  If he is, he's not spending it on clothing.  But I have to wonder if it's easier to stuff wads of money in his baggy suits.  (insert suspicious look here)