It's What They Don't Say 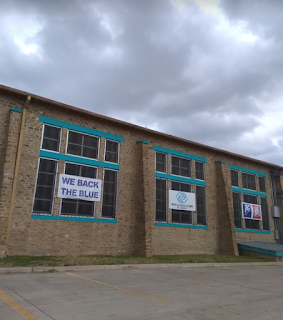 Former Minneapolis police officer Derek Chauvin was found guilty on Tuesday for his role in the death of George Floyd.  The guilty verdicts of second-degree murder, third-degree murder and manslaughter are being viewed as pivotal for people of color: it's one instance where a law enforcement official has been held accountable for taking the life of a black person.

A glimmer of hope was felt by many across the nation.  Could this be a sign that fewer people of color will die at the hands of police?  After careful reflection, however, many things worked in favor of the prosecution.  There were the law enforcement officials who testified against the tactics used by Derek Chauvin and the other arresting officers.  There was the video of Chauvin kneeling on Floyd for more than nine minutes.  There was the lackluster defense for Chauvin.

Writer for The Nation, Elie Mystal, said today that the protracted pain endured by Floyd made the jury's decision easier.

George Floyd died over an agonizing long period of time.  I hate to say it like this, but it's like, when you don't have Black pain on display, when they haven't ripped it out of us like that, it's easier for the criminal justice system, the predominantly white justice system to just ignore it.

Let's talk about the word ignore, as in what the community did after this momentous occasion.  All this week I saw no reaction from local leaders.  There was a smattering of chatter on social media, but nothing of substance.  Perhaps it's because of the distance we have with such cases.  Could be that our community's makeup doesn't lend itself to that kind of dissection.  We're a small town, made up of Latinos who may have some connection to someone in law enforcement.  Coworkers may be closely related to a cop.  Or maybe it's just the public's attitude towards those with a badge: an unyielding reverence no matter what.

May of 2020, activists staged a rally at city hall in response to the killing of George Floyd.  Days after that event, leaders voiced their concern to the media.  Elected officials around here are very careful about what they support.  They usually back conservative issues: religion, respect for authority, flags.  They never step out of line and question mores.

In the photo above, the Main Boys Club has a We Back The Blue banner hanging next to others.  Not pictured is one that reads We Support First Responders.  With the perils that Covid-19 has brought upon front line workers and first responders, it's good to acknowledge their efforts.  But it may too conspicuous to have an organization named Boys Club showing their devoted support for law enforcement.  This is fraternalistic galore.  Closing rank with the Thin Blue Line and turning off our minds to meaningful discussion.

Posted by KeyRose at 3:09 PM No comments:

Email ThisBlogThis!Share to TwitterShare to FacebookShare to Pinterest
Labels: BLM, Georg Floyd, Main Boys Club, We Back The Blue

I dropped some Indian Blanket seeds at my parents' cemetery plot and at a park on Monterrey & Houston. Hopefully they'll sprout next spring.  In the summer I want to add Bluebonnet seeds to both those locations and maybe a third one. 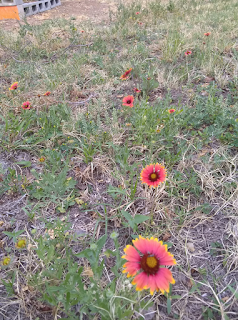 I harvested some Blanket seeds from flowers outside the cemetery some years ago.  Now I have them in my backyard.  To help the flowers re-seed themselves, I just water occasionally and mulch garden waste with the lawn mower to add an extra layer to the turf.