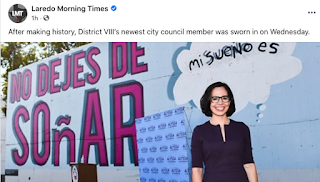 Alyssa Cigarroa is the new council member for District 8.  She beat ass face Roberto Balli in the December 12 runoff.  Cigarroa was sworn in on December 23, at the outlet mall parking lot; an ideal situation considering there's a pandemic going on. 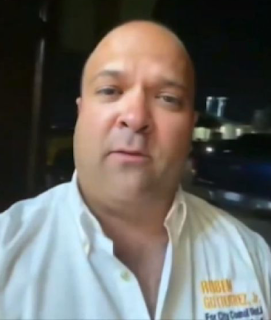 District 5 victor was Ruben Gutierrez Jr.  He edged out Nelly Vielma.  Gutierrez promised to make a change and make a difference.  Nice words, except that he took tens of thousands of dollars from the police and fire union PACS.  And for his swearing in ceremony, he went along with having the event in council chambers.  (see pandemic)  Not expecting much from Gutierrez.  His penchant for monogrammed shirts and male cleavage are a red flag.  It doesn't look like he's about making changes and making a difference. 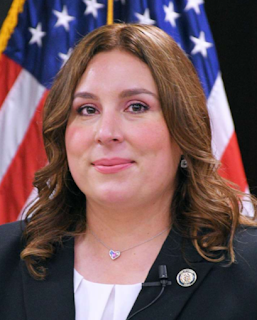 Vanessa Perez will be taking over George Altgelt's seat.  She beat Betty Flores, who may or may not actually live in District 7.  Perez was sworn in on December 30.  She said she will give her new job "full-time focus."  (me staying quiet) Not a good year for attorneys on council: Altgelt, Vielma and Bali.  Altgelt had had enough; Vielma didn't have enough; and for Bali, well, enough is enough.