They Come And Go 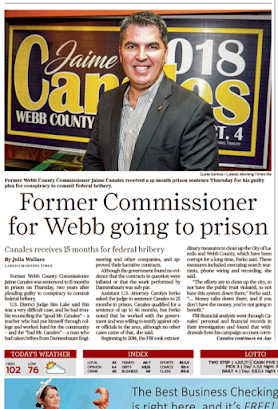 Jaime Canales was sentenced to prison on August 20, 2020.  The details of the case paint a bleak picture of politics in Laredo.

And just as that happened, we learn of the new spate of candidates seeking office in November. 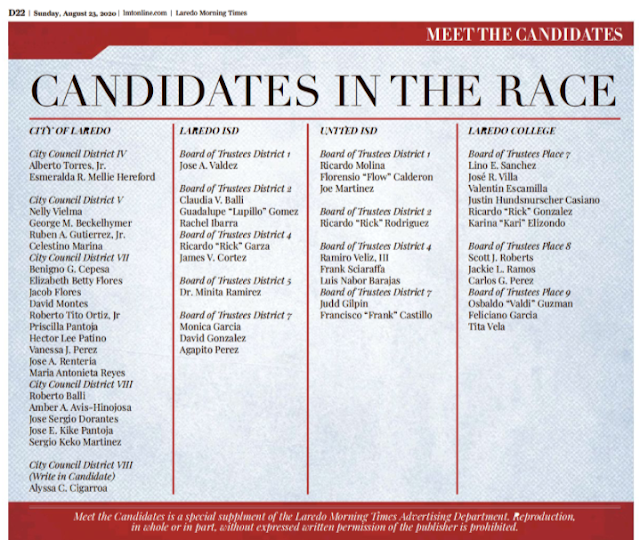 Posted by KeyRose at 8:55 PM No comments: 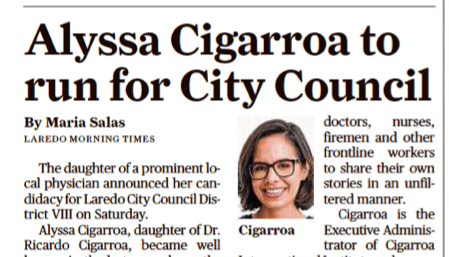 This clipping is from August 9.  Alyssa Cigarroa is running against Robert Bali in November. 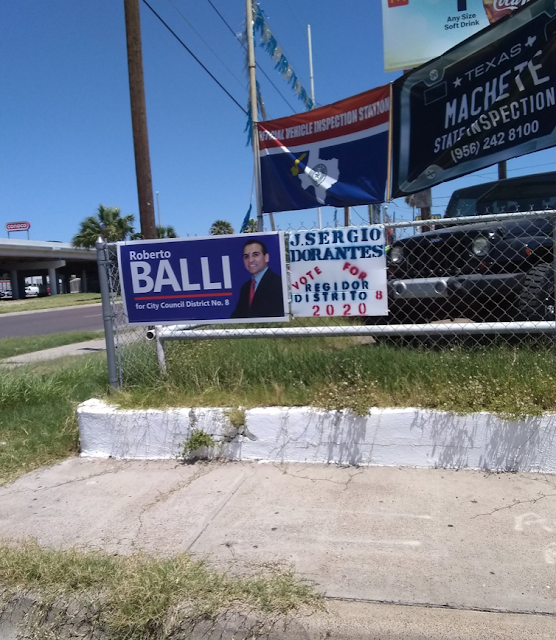 A person by the name of Dorantes is also running.  This is the corner of Sanchez and San Dario. 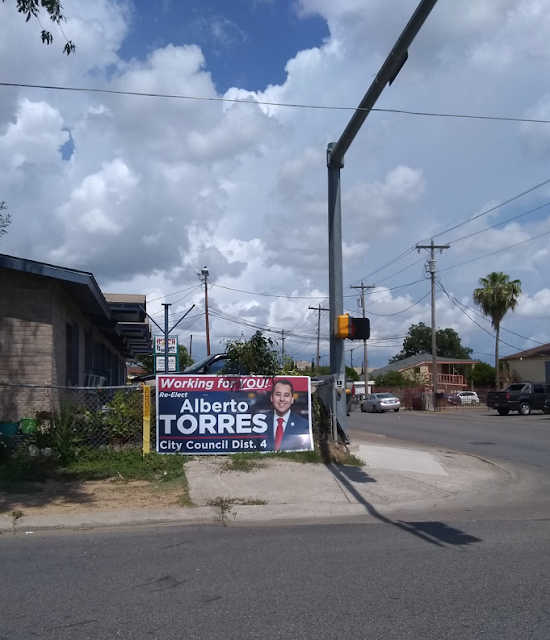 I don't know if Alberto Torres has a challenger, but his signs have been plenty in central Laredo.  Apparently he has money to spend on air-brushed images of himself.  These things started popping up in late July.
Posted by KeyRose at 5:19 PM No comments: