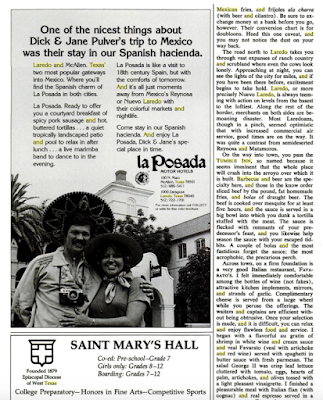 On the way into town, you pass the Tumble Inn, so named because it seems imminent that the whole place will crash into the arroyo over which it is built.

That passage is from an old issue of Texas Monthly.  The Tumble in was a restaurant/dance hall that no longer exists.  The arroyo the writer mentions has to be the Chacon Creek, which is near the 3 Points neighborhood.  I can't tell you exactly where the restaurant was located, because of the scarcity of information about it.

An ad that I found in an old yearbook lists the Tumble Inn as being located on Corpus Christi Highway. 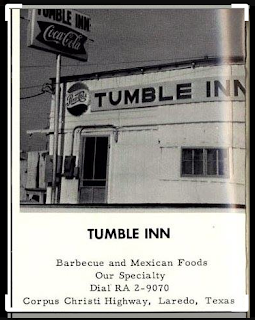 Photo: an ad for the establishment that appeared in a February 1960 issue of the Laredo Times. 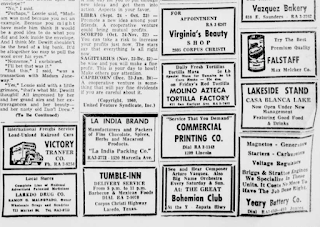 And a photo that a friend sent me via Twitter, showing the actual address of the restaurant: 2803 Cortez. 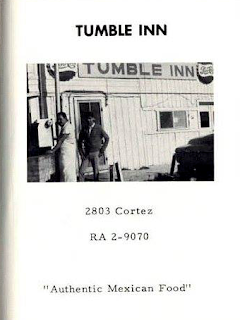