It's All A Game To Them 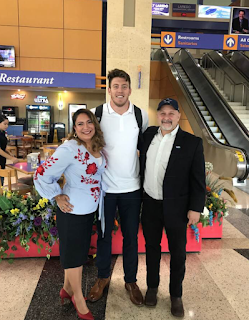 Councilmember Alex Perez -- FBI target subject and person who gets prickly when you don't want to shake his hand -- welcomed Dallas Cowboy player Blake Jarwin to Laredo recently.  Jarwin MAY or may not have family ties to the Perez's. 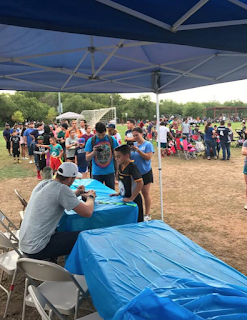 Here you see Jarwin signing autographs for the peoples.  I had noticed a lot of activity at Slaughter Park on July 8, 2018, but didn't know what all the hubbub was about. 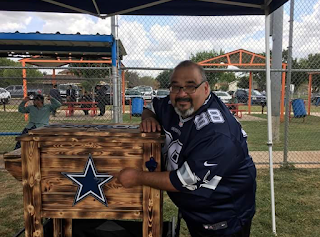 Apparently Blake Jarwin made an appearance at more than one city park in south Laredo, to the delight of faithful Cowboys fans. 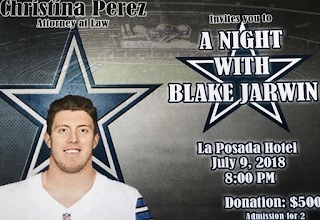 On Monday, the Dallas baller was the featured guest at a pricey fundraiser, all to benefit Cristina Perez, candidate for City Council District 3 and current wife of sitting District 3 Councilman Alex Perez.

It must be nice to have a wide range of city resources at your disposal to advance the political campaign of your wife.  I don't know how civic-minded the park attendees are to remember the Perez's gesture and go vote in November; But these little publicity stunts should be examined with a closer look.  That's highly unlikely, however, since the ethics commission has members dropping like flies.
Posted by KeyRose at 2:20 PM