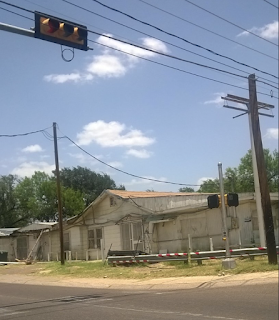 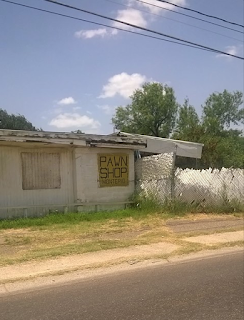 A si-dal view from Lyon St.
Posted by KeyRose at 11:36 AM No comments: 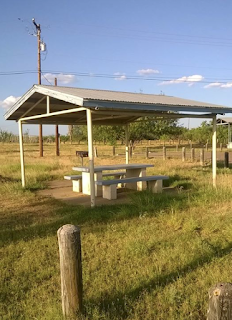 For old times sake, I took a turn into Lake Casa Blanca on Sunday.  It was late in the afternoon.  I was a little exhausted from tending to menial things at my place and at my mother's vacant house.  Some heavy lifting was involved but nothing that broke my back.

I stopped for something to drink because my mouth was so dry.  My body was telling me I was behind on fluids.  All I had strength for was sitting behind the wheel of my pickup.

As I drove east on Saunders, I played in my mind the many times we got on the old lake road, the one just west of the county golf course.  That was the only way we knew of how to get to the lake.  The curving road had a low wooden fence between us and the greens.  That fence ended at some point, giving way to a nondescript park sign.

There was no entry fee in the days of my youth.

The grounds surrounding the lake look the same, with the exception of some add-ons and replacements.  I can't help but think that on a day like this the lake would've been packed with outdoor types and cruisers out to pass the time.  Times change, however, and the tired park has lost its allure.  The area near the shuttered swimming pool was deserted.  If it wasn't for the noise coming from Loop 20, you could sit alone in silence. 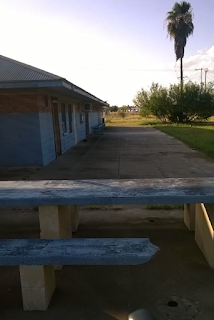 And old bench sits broken near the pool house. 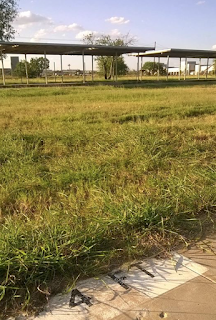 1981 is a long time ago.  Only the vestiges and vague memories remain.  What was once a favorite spot for many Laredoans to partake in leisure activities is now a shell of its former self.

A blaze was put out by the fire department at the old Mercy Hospital on June 26, 2017.  No major damage was reported.  I don't know how you can tell; the whole facility is in a state of major disrepair.

KGNS reporter Yocelin Gallardo quoted the owner of the building, Andrew Carranco, as saying, "the building has tight security and (he) does not know how this happened."

The report goes on to say that the building has no electricity. 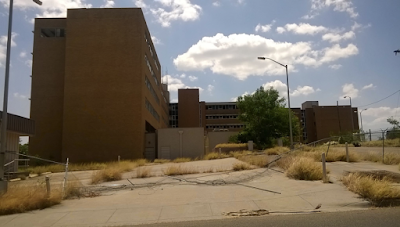 The abandoned hospital does have chain link fencing around the entire perimeter.  But from the photo above, you can see that a big gap is there for anyone to trespass onto the property.  Not exactly what you would call a deterrent for ne'er-do-wells.  Tight security this is not.  (view is from Hendricks Ave. looking west.)

If the building doesn't have any electricity, how can it have any type of monitoring system?

Everything about this location stinks.  I can only imagine what the people who live nearby have to put up with.
Posted by KeyRose at 6:30 PM No comments: