The image above I pulled off of Google Maps.  You can tell it's from there by how some of the pieces don't align with each other, and by the blurred-out spots that show at different places.  I tweeted this photo 2 years ago: June 15, 2015.

The reason I saved a shot of this location is because the auto parts store, at least, had some yellow tape blocking off its parking area at one point, and the store looked vacant.  I thought it was due for demolition.  Both buildings were located on the corner of Convent Ave. and Matamoros.  They're gone now.  They were demolished a week ago today. 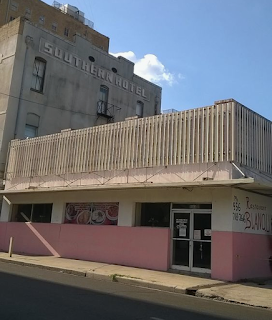 This image, which features the old Southern Hotel and the Hamilton Hotel in the background, is one of my own photos.

Meg Guerra wrote about the location last week in her online reboot of LareDOS.

In 2011, around the time of downtown revitalization talks, and Kell-Munoz/City of Laredo relationships, the centro corner site was going to take on a 'Marketplace' design.  But it looks like that destination hub for a renewed downtown will turn out to be a mere parking lot owned by the city. 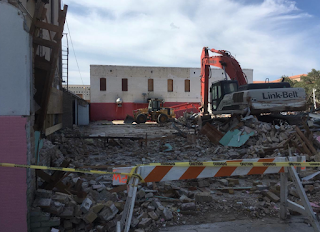 The white and red-colored building in the background will be used for low-income housing for the elderly.  At least that's the plan right now.  I remember the place being a pool hall in the 1990s.  Way before that it used to be home to the KGNS studios.

The demolished sites in downtown Laredo keep racking up:

Posted by KeyRose at 1:57 PM No comments: 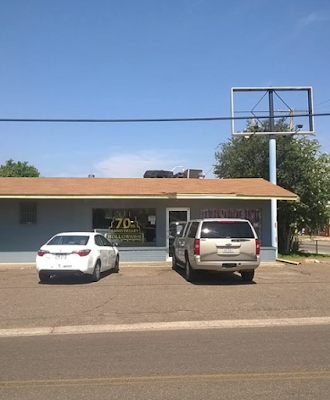 Holloway's Bakery closed for good one week ago.  The closing came without warning, aside from a statement posted on the front door.  The photo of the door/flier was shared on Facebook. 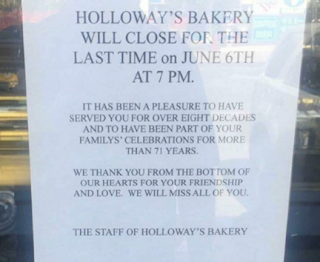 In 2010, the owners made a declaration for all to see: here to stay!  That was when the Guadalupe overpass was being erected directly behind the bakery.  They weren't budging; the overpass would have to bypass them.  Unfortunately, all things come to an end.  The owners of Holloway's realized it was now time to move on.

For the residents of the Heights, 3 Points and El Chacon, the nearest bakery now is Quickie Bakery on Corpus and Malinche.  The natives will make the necessary adjustments, but what will become of the iconic Holloway's location?  My fear is that it will become a gambling joint like other Laredo institutions that have gone the way of the buffalo, if you will. 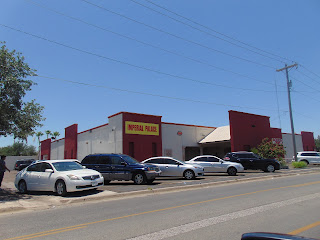 I don't know when it was that Roli's dance hall closed and became a casino.  On McPherson, Cotulla Style Pit BBQ was razed in 2012.  A new building came and part of it was leased for use of gambling machines (photo below). 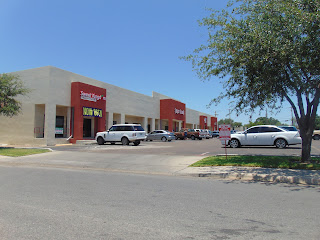 Another joint that was turned into a casino was Pelican's Wharf.  Remember that one?  Kelly's Western Wear (formerly Shakey's Pizza) is on the verge of closing.  Could gambling machines be in its future?
Posted by KeyRose at 2:42 PM No comments: