Their Traffic Is Evident


NUEVO LAREDO, Tamaulipas — The white-tailed deer hunting season is always good for this border city. Local authorities expect to have an economic revenue of more than $15 million during the 2016-2017 season which began on Nov. 18 and will continue until January.

Good for Nuevo Laredo.  Tourism of all kinds help our local economies.  I wonder, however, if hunters really have that kind of monetary impact in our area.

The WBCA celebration is another generator of moolah. 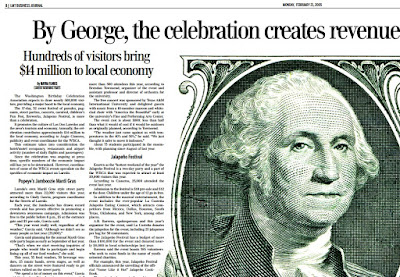 The Laredo Times writer mentioned in 2005 that 500,000 visitors would descend upon Laredo for the festivities, pumping $14 million into the local economy.

What about the paisano traffic?

This time of year the paisanos are highly visible, especially along I-35.  With their presence, I have to make changes to my commuting habits.  Hunters and WBCA attendees have almost never gotten in my way, not the way paisanos have.  What is their effect on our economy?

One way to measure their impact is to compare December bridge revenue tallies to those of the other eleven months.  That could be something, no?

Inflated numbers from the WBCA and hunting advocates aside, paisanos need to be given credit for the money they pump into Laredo.  Much is said about the international trade industry that provides a lot of jobs around here.  It's time to give paisanos their due.