No End To Tacky 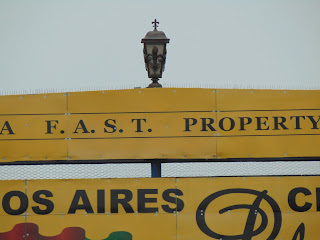 The Super S grocery store on Clark and Springfield started selling off its merchandise at the end of January.  They decided not to renew their lease and left las lomas without a supermarket.  Since then, the property's owner has been making some upgrades, or sorts. 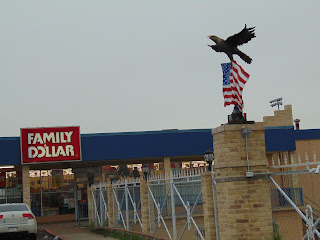 New fencing and garish accents have sprung up all around the property.  Roof corners now have brick peaks.  There's an American flag with an eagle on top, to tie everything together, apparently. 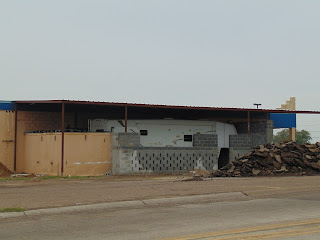 And next to the former grocery store is an enclosure for an RV.  I'm guessing security guards will be on the premises around the clock, and they'll have their own digs.  (I'm sure that installation passes local building codes.)

The owner will make any and all modification he sees fit.  He's done the same at the house on Corpus Christi, and at the old J.C. Martin house.  I'm just bemused by the need to make changes where no changes are warranted.  It's apparent that money is no object, and taste is lacking.  But where does it all end? 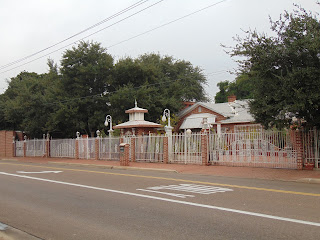