Convince Your Friends To Vote 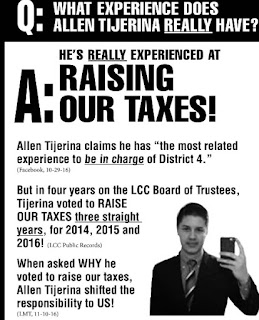 The runoff election race between Allen Tijerina and Albert Torres will be decided a week from tomorrow.  One of these two man-childs will replace Juan Narvaez and his heavy Laredo accent.  My money is on Torres, only because he's a Webb County staffer.  Being in that kind of network has its perks: i.e. connections.

This contest has had the appeal of a dying house plant.  Apart from the political swipes, and Tijerina campaign ads running twice in the same issue of the Laredo Times, this race has been uninteresting. 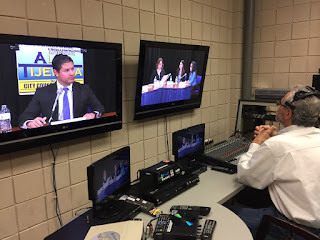 On November 29, Tijerina was the only candidate to attend the Public Access-sponsored forum.  According to the city's spokesperson, Torres didn't show up for the pre-forum meeting.  As such, he was disqualified from the event.  Skipping a debate for a runoff race is perhaps excusable, but it doesn't look good when you're the current Democratic Party Chair of Webb Co.  If Torres pulls stunts like these, then we shouldn't be surprised by the rampant local voter apathy.

KGNS reported last night that a little over 2,000 people had voted early for this, and the LCC trustee race.  And that's the only thing you need to worry about in a local runoff race: convince 1,000 of your family members, friends, or social media acquaintances to go vote for you, and you have a shot of winning.  Debates are for losers.