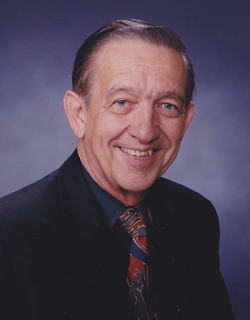 Roberto C. Botello Jr. passed away September 15, 2016.  He was the charismatic band director at Martin High School during my pre-teen years.  He was the spark that led to the Tiger Band becoming known as La Banda del Animo.  The spirit he instilled in the group got the attention of people outside Laredo.  The band's lively halftime shows, full of animo, were eventually featured at Texas Stadium sporting events on several occasions.

I never met Mr. Botello, since I arrived at Martin in the fall of 1984; By then he was already teaching at another local school.  His reputation, that of legend, had been left firmly in place. 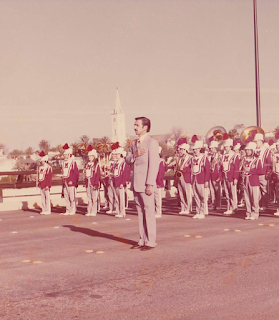 Mr. Botello made the move to Cigarroa H.S. in 1983.  That was the year that Laredo I.S.D. expanded to serve the south Laredo community.  A former Cigarroa band member recalls those early days, when the high school was made up of only junior and senior students.  The fledgling Toro Band would have to make the most of what they had.  In its infancy, the band would receive some good news.

The Cigarroa Band would be invited to play alongside the Martin Band at the home of the Dallas Cowboys.  Apparently, organizers of the north Texas facility were not only impressed with what the Banda del Animo had to offer, but they wanted the man who started the tradition to return as well, with his new students in tow.  People apparently respected the legacy he left behind at his former school.

On top of the task of building up the band program at Cigarroa, it's reported that Mr.Botello also wrote the school's fight song and alma mater.  He stayed on at the school until 1991.  Afterwards he accepted the position of principal at the Trevino Magnet School.

Those who knew Mr. Botello recall the man's unflinching leadership.  He was a mentor to many students, highly regarded for his work and dedication.

His memory will live on.  And Mr. Botello's story will be best told by those he met.  My understated homage to him will hopefully remind others of the effect he had on our community and on others. 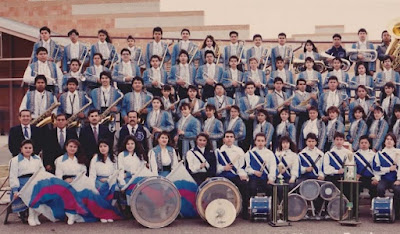