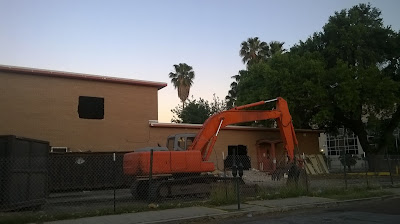 Driving through downtown on Sunday I noticed that the Tex-Mex building was blocked off.  On the west side of the structure, an excavator was sitting idle next to a large collecting bin and a gutted edifice.  Webb County owns the property; They plan to construct a 3-story building on the site that may or may not house the tax assessors office. 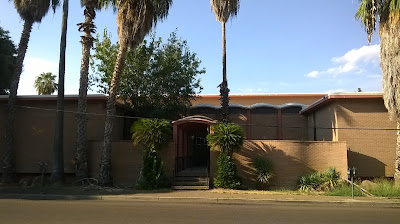 I took a shot of the facade in September, when county officials were deciding the fate of the crumbling courthouse annex building.  Now it's this building's turn to come down.  It will be yet another phase in the changing landscape of downtown Laredo. 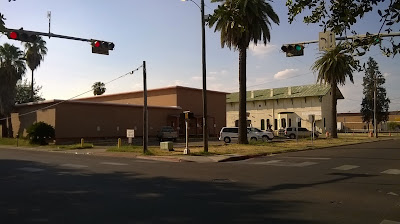 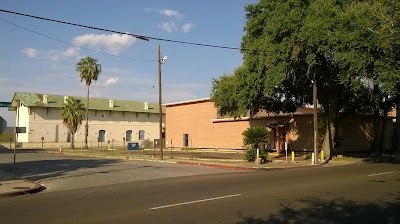 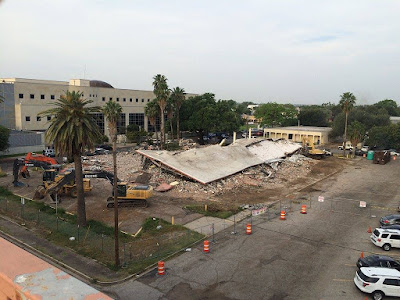