Prieto Was A Sidekick 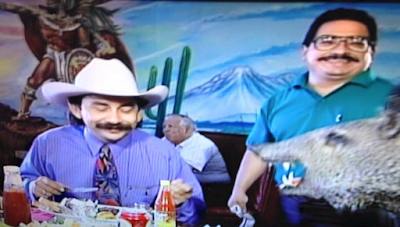 Danny Alcocer is in front of the camera again.  But instead of acting in commercials for Quick-Bite Restaurant, he's giving Laredoans a little background of his days working at KGNS.  The clip that's making the rounds is one of several celebrating KGNS' 60th anniversary.  In it, a shot of the former studio location (820 Convent) flashes on the screen as Alcocer mentions a couple of t.v. characters that gave us the creeps: Dr. Zekow (Francisco Aguilar), and Count Natas (J.R. Esparza).

If the name Alcocer sounds familiar, that's because Danny's father, Hugo Alcocer, was an anchor who used to present the news in Spanish.  Danny recalls spending time after school at the studio until after his father was done with the ten o'clock newscast.  In his teenage years, an opportunity arose: Danny was offered an entry-level position.  That would be the official start of him learning the ropes of television production. 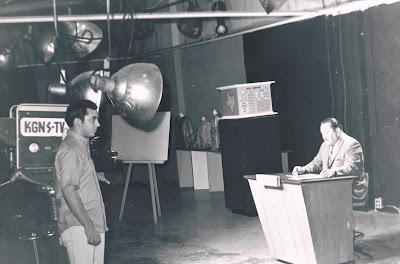 Danny Alcocer moved his way up to creating content for KGNS.  He described for me the days of black and white television, and the painstaking technique they had to employ in switching from one scene to another.  It was an era of low budgets and clunky, if not primitive, equipment.  A bane for Alcocer was having to lug around heavy pieces of equipment for work out in the field.

He slogged on; And in 1971, along with the whole KGNS crew, he moved to the studio on Del Mar Blvd, the one currently in use.  It wasn't long, however, before Alcocer made another move.  He decided to put his skills to work at the NBC affiliate in Austin, TX. 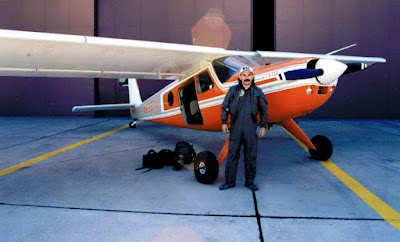 Danny eventually returned to Laredo.  In the late 1980s he was part of the KBL-TV Wild Bunch.  The group created commercials for our viewing pleasure.  An inanimate extra that got some screen time was a javalina named Prieto (see first photo).  The mascot would pop into view and a voice-over would follow: Donde 'stan las muchachas?  Something clicked when Danny recounted that old ad theme.  A relic of the past suddenly popped out of my subconscious, and my mind tried to make sense of what I had seen and heard many years ago.

In between creating some memorable commercials, collaborating with other media types, and answering a call to work in the Laredo Bucks' production booth, Danny got into aerial photography, because that's apparently how he decided to roll.  I'm tempted to say that he carved out a niche for himself, but his talents go beyond one realm.  Take, for instance, the work he does for Fine Art America.  It's a unique style of photography that depends on details; something he likely learned early on at that forgotten studio in downtown Laredo.

It was, perhaps, his elders that inspired Danny.  Dad was a natural at saying the news and interviewing artists that visited the area.  His uncle, Victor Alcocer, was a Mexican actor with a storied career.  (photo below)  The creative family gene seems to have carried over. 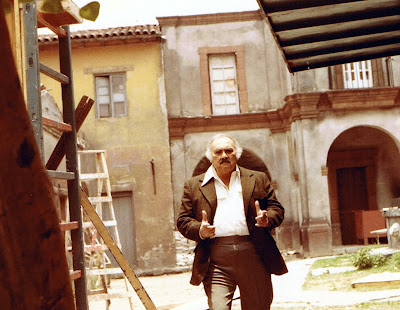 Danny Alcocer speaks highly of Laredo.  He thinks it's a great place to raise a family.  He values honesty, fairness, and hard work.  And he sees himself retiring somewhere else, perhaps a rustic setting with little to no heat and dust.  Apparently he's had his fill of this old Texas town.

Alcocer has left his mark on Laredo, and it goes way beyond a quirky javalina.  He's helped add to the Laredo narrative, if at times behind the scenes.  His story is one of determination, a good work ethic, and passion for his craft.  He's definitely a Laredo original and it was a pleasure to meet him.