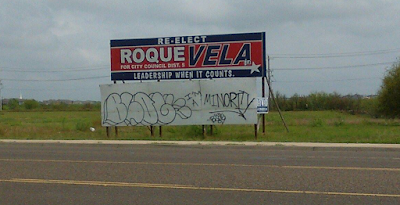 Elections are still pending, and as such, candidates have to follow some rules.  However, not everybody is on the same page.  Press release via the City of Laredo (click on image to enlarge): 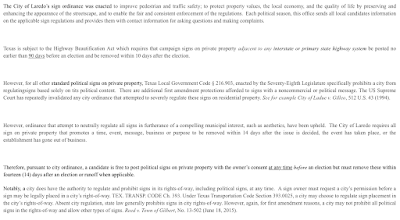 The city explains itself as to what signs can be posted and when.  State law is cited by city officials and they even name-drop the Supreme Court.  But free speech trumps all, and therefore, signs can go up on private property, according to them.

In a December 2, 2013 council meeting, HOWEVER, our city leaders mulled over, what else, but signs.  They decided to remove most bans on signs.

What city hall agreed on was banning signs of a certain size, signs painted on walls and signs propped up on trucks.  Roque Vela voted for that. 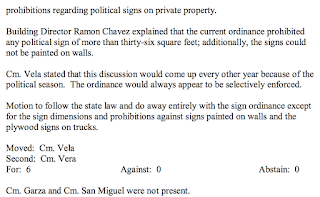 The city attorney saw no problem with limiting the size of political signs. 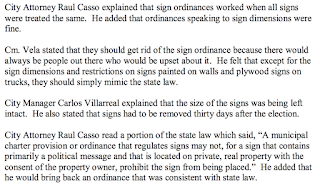 Somebody should remind Roque Vela about sign proportions.  And the guy who is putting up Vela's signs should get a primer on what's kosher and what's not.  He's apparently a political operative for a lot of politicians.  But he hasn't gotten the memo on how signs can be displayed.

There's a niche industry for canioneros (sp.) down here.  They flout the law and politicians look the other way.  With these kind of free-for-all, how can voters trust that the system is going to work? 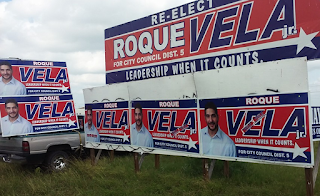 That truck looks familiar.  I've seen it somewhere before. 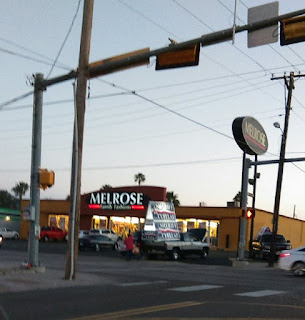