It's fascinating to see people maneuver their way through the world of politics.  Whether it's a candidate or spectator, people have different motives for acting on their beliefs.  People will vote (or not) for a person based on what they see or hear.  A candidate may seem trustworthy, competent, or just amiable.  Sometimes their public persona is all we have to go on.

For those who decide to run, it's different: They run for office because of their ego, their need to leave a mark, true civic duty, or the mere chance to get paid.  Laredo and Webb Co. definitely has its share of political characters, most with questionable motives.  Let's take, for instance, the case of Esteban Rangel.  He, like Sheriff Martin Cuellar, has been taking every opportunity to put himself out there, be it through billboards or t.v. interviews.

Early last year, Rangel plastered his face on billboards touting the new south Laredo library.  Rumblings were confirmed, when in November, Rangel announced his candidacy for commissioner. (He was re-elected as councilman in November 2014). 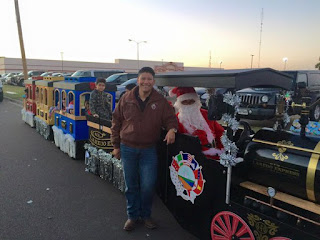 For the Christmas parade, Esteban Rangel walked the San Bernardo route with his supporters waving campaign signs and handing out treats to the kids.  What I thought was a little self-serving was him using city property - in this case a train - to appeal to the masses.  There he was running for commissioner while wearing a jacket with the city's seal (to match the engine).

This month he announced the new water feature for the Freddy Benavides Park: a lazy river.  The presser was held at the Haynes Rec. Center, for some reason.  Then he had another media love fest press conference to announce the naming of said lazy river.  I thought he was going to name if after one of his cronies or something.  But instead, he named it after the Sisters of Mercy.  I don't know what the sisters have to do with swimming pools, but perhaps he's taking a page from Charlie San Miguel, who named the North Central Park Pool after his dad, the deacon.

Again, Rangel made that announcement nowhere near south Laredo, where the pool is going to be constructed. 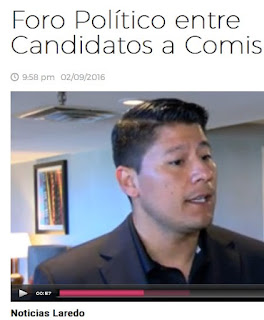 That same day of the pool feature press conference, Rangel participated in a forum hosted by the Kiwanis club. [doesn't this man have a job?]  He spoke to the KLDO reporter, lamenting the fact that the Rio Bravo water plant still had obstacles to overcome.

Gotta love him.  At least he puts forth an effort, unlike another politician who shall be named shortly.  But here's a tip for young Esteban: if you're going to run for a position that represents southern Webb County, it would be highly advisable to brush up on your Spanish.  "Estar en compliance" is not going to cut it.  It's amusing for us, but that pocho package is not going to score you points.

I don't know if the voters see Rangel as I do.  When they go to the ballot box, are they considering his recent city council vote for Altus Construction?  Do they know that he was receiving a paycheck from the city when he shouldn't have?  What about his uncle being convicted of extortion?  What about his campaign signs that just said Webb County Commissioner, instead of FOR Webb County commissioner? (see sign above)

It's all these little 'estar en compliance' details that bother me.  But they don't bother the candidate.  He thinks he's the right man for the position of county commissioner; Missteps be damned.  He's going to play the political game the best way he knows how.  He may have another meaningless press conference/interview before March 1st, just to put his mug out there. 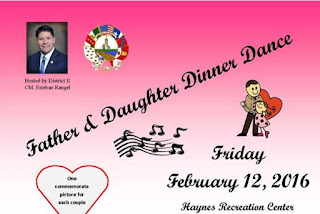 On the other side of the spectrum you have the incumbent, Commissioner Frank Sciaraffa, who is nowhere to be found.  He has a different game plan.  Sciaraffa's approach is to be seen and heard as little as possible.  Rangel apparently doesn't have that type of luxury, where you can retreat to gawd knows where, and still come out a winner.  The councilman instead has to host every little function he can possibly have in order to win over the public.

Like I said, people go on about politics differently.  You're either camera friendly or a hermit.  You're either Team Donald Trump or Team Bernie Sanders.  It's a toss up sometimes.  People work with what they have.  Whether it pans out for anyone is another thing. 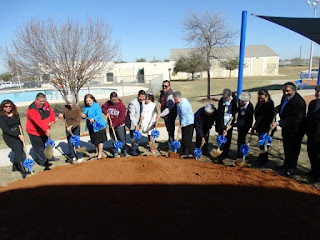 In the span of one week, Esteban Rangel has had three press conferences for the same project: one to announce the lazy river, one to name it, and one to have a ground breaking for it.