Expansion From A Building 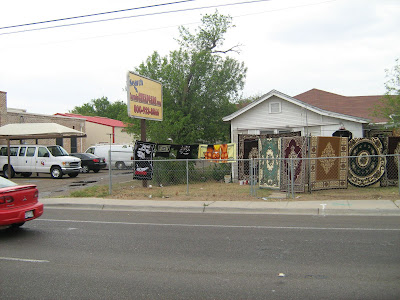 This photo I took several years ago on the 1600 block of Guadalupe.  I thought it was a good photo for a blog post: a residential setting, on a busy Laredo street, selling towels and rugs out in the open.  If it wasn't for the products on display, the property would be unremarkable.  The mundane is what we specialize in here at La Sanbe.

That white house on the corner of Guadalupe and Mendiola wouldn't be with us for much longer.

The house was eventually torn down, a point of pride for Councilman Alex Perez.  Apparently, demolishing outdated homesites is a political selling point for District 3 campaigns.  Bigger things were in store for the area. 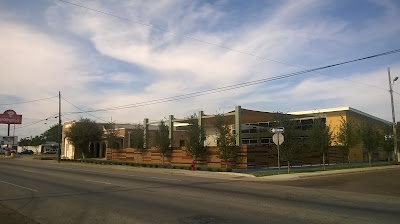 This is what the property looks like now: expansion from the building in the middle of the block. 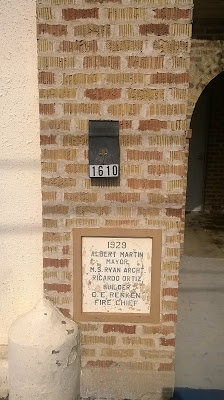 1610 Guadalupe used to be the home of a Laredo fire station.  The space eventually became a boxing gym.  Like Rocky Balboa, you can go there and train by chasing a chicken around, or you can go to Popeyes next door to enjoy some cajun fried chicken.  Your choice. 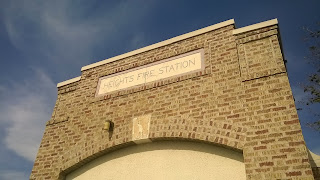 The old Laredo neighborhoods slowly evolve.  Some things remain.  And that's what makes them unique.
Posted by KeyRose at 11:48 AM