Taking A Knee (In The Giblets) 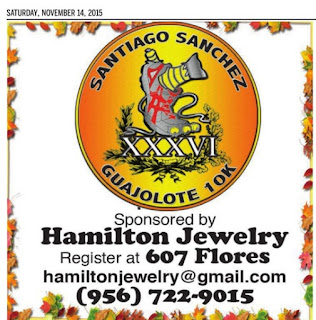 Image above courtesy of the Laredo Times

It was 2008 that I ran my first Guajolote 10K race.  It was the first time I ever took part in any organized long distance meet.  I was proud of the accomplishment.  But more interesting was just being a part of this Laredo institution.  The inaugural Guajolote 10K took place in 1979.  There I was 29 years later, running alongside la raza and marveling at the logistics of it all.

This year there seems to be something oddly afoot*.

When I saw the photo (above) in the Times this weekend, I thought back to my experience with the Guajo race.  Something seemed off about the announcement but I didn't pay it too much mind.  The turkey foot with a sneaker appeared a little crass, but I just owed that to the generic whims of the organizers. 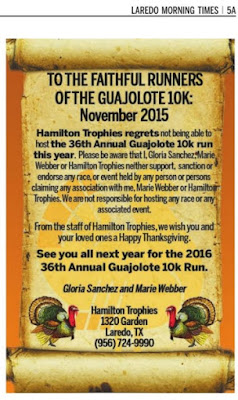 It turns out that whomever is organizing this year's race has nothing to do with the original planners.  Apparently the Hamilton Trophy family that started the Guajolote 10K decades ago is not spending their Thanksgiving 2015 with the running community.  Instead they're spending on ad space to say that they'll be back next year.  They also go on to distance* themselves from the impostor who's supposedly carrying the torch* for the yearly race.

Numerous questions abound.  Why is Hamilton Trophies sitting out this year?  Who is Santiago Sanchez?  And how many racing puns(*) can I make?  This odyssey might go the distance*.

This holiday season I'm taking part in a more low-impact meet.  As for the case of the Guajolote 10K, I'll sit back with popcorn in hand and see what transpires.
Posted by KeyRose at 2:52 PM No comments: 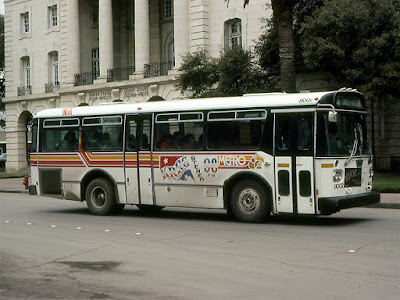 (Photo recovered from the murky depths of the internet)

A blog reader shared with this corner the day that U2's "Rattle and Hum" movie debuted at a theater at Mall del Norte.  Our faithful follower became an avid U2 fan after the success of "The Joshua Tree."  Oh sure, the band was on regular rotation on MTV in the early 1980s, but their fifth studio album struck a chord with the Laredo native.  To see them on the big screen was akin to making out to one of their concerts.

What the fan recalls from that fateful night is that Martin and Nixon met for their yearly face-off at Shirley Field.  Unfortunately, a local game of football was no match for a group of Irish rockers on a huge screen.  Our reader, with friend in tow, opted for the rockumentary, but they got so much more.

Once inside, they were treated to door prizes courtesy of KRRG 98.1 FM staff.  A source confirmed with this writer that the station went by the handle ENERGY 98 at the time.  That was when they played rock and pop music.  Kirk Davidson, Program Director at KRRG, was present at the movie premiere.  He emceed the event and handed out U2 merchandise to some lucky moviegoers.

1988 is a long time ago and many things have changed.  U2 is still creating new music and packing stadiums.  And coincidentally, they're appearing in a new documentary that will be featured on HBO very soon.  ENERGY 98, however, has gone in a different direction.  Their frequency is still around, but the format is now country, and they no longer broadcast from downtown Laredo.  The whereabouts of Kirk Davidson are unknown.  If you know where he might be, drop us a line.

The Martin/Nixon game is coming up in three days.  Some Laredoans will surely forego that game again and instead wait to enjoy the sights and sounds of U2, even if on the small screen.  Funny how some things stay the same.  Rock on!
Posted by KeyRose at 3:19 PM No comments: