The Antenna Is Left Behind

On October 6th, I drove by the former KVOZ radio station building and noticed that crews had been busy knocking the place down.  I didn't get a good look at the structure because the sun had already gone down and traffic on Zapata Hwy was brisk.  So I made it a point to return to document the occurrence.  When I got there, the bulldozer was already packed up and ready to leave. 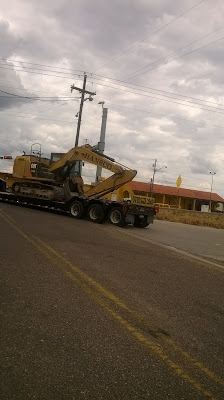 At the site of the old radio station there was nothing left, not a single shred of debris to collect as a memento. 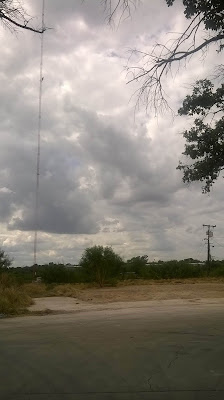 The only thing that remained was the old antenna.  A friend who used to work at the radio station recalls the format changes and the layout of the facility.  When you walked in, the DJ booths were readily visible.  The broadcast team seamlessly went from playing music to sharing the news by motioning to each other through glass dividers.  KOYE was also housed in this nondescript space.  They took on a more visible role in the building when KVOZ was sold and moved on.

In the late 1990s, the former DJ recalls the station having a country radio format.  The stations there always had a strong signal to transmit their content.

I remember the facility being used as a doctor's office.  This was likely when both KVOZ and KOYE had vacated the premises.  It's all gone now, like so many other things that curiously have gotten demolished this month.

Image below via Google Maps

UPDATE on 6/13/2016: A friend of the blog posted an image of an old KOYE bumper sticker on social media.  The sticker is fixed on a home's window.  The vestiges of Laredo past.  (Thanks for the share, buddy.) 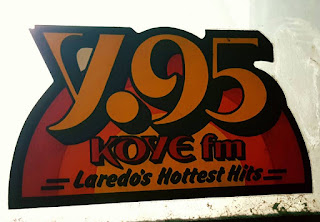