This Day In Laredo: August 10 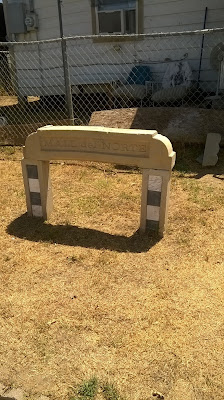 Somewhere in a Laredo barrio.

August 10, 1977 - Mall del Norte was open for business in Laredo, Texas.  The first stores to open at the shopping center included Sears, Bealls, Musicland, Chick Fil-A and Montgomery Ward.  Hachar came in 1978.  Riverdrive Mall, in the downtown area, differed in that it had J.C. Penney, but no movie theater. 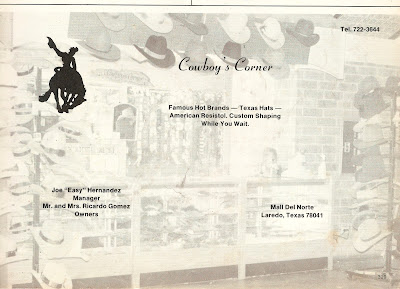 I remember browsing their inventory and maybe buying a thing or two.  The "Urban Cowboy" (1980) look was all the craze then.  The owners surely capitalized on it.  It's things like this, Cowboy's Corner and Silver Coin, that I remember from cruising the mall on weekends.  A lot has changed and the mall has gotten bigger.

I don't frequent Mall del Norte as much anymore.  It's rare when I actually walk from one end of the facility to the other.  When I do visit I can't help but recall the stores that have come and gone from the mall.  The movies are still there, albeit in a new location.  But no longer does the public have a need for record stores or arcades.  Nevertheless, on this day we pay tribute to one of Laredo's icons. 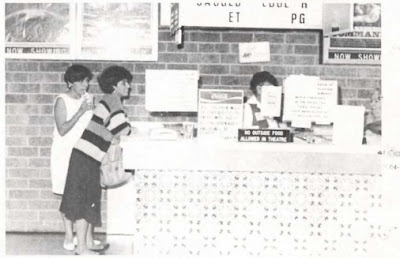 Ticket booth for movies at the mall, circa 1986, via La Pitahaya. 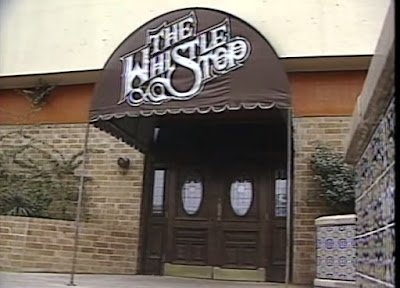 Image of Whistle Stop grabbed from a YouTube video.
Posted by KeyRose at 1:53 PM