August 2000 Leo Flores re-appointed as auditor by Board of  District Judges.

May 29, 2014 Commissioners and auditor discuss payment to contractors that did work for the weatherization program.  Auditor not quick to release check to contractors. 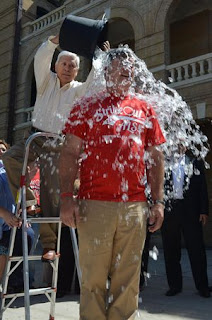 November 24, 2014 Commissioner John Galo argues that Leo Flores must include his raise in the county budget.  Flores says his raise is set by the district judges; commissioners court has nothing to do with his salary.  (KGNS: accusations of criminal acts fly at Commissioners Court)

January 12, 2015 Leo Flores re-appointed as auditor by Board of Judges.

April 13, 2015 Commissioners Court refuses to accept auditor's monthly report.  He is accused of not doing his job properly.  The auditor claims he's being retaliated against for not approving purchase of eyeglasses and gourmet coffee (Galo).  (KGNS: Webb Co. Commissioners concerned over auditing report.)

April 20, 2015 LMT reports that a complaint about the auditor reached the district attorney's office.  John Galo views Leo Flores as a threat and liability.