95 Percent Christian And Pissed Off 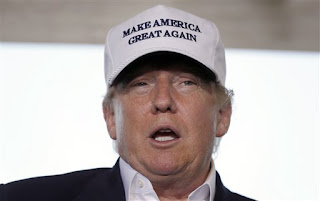 Writing for the Associated Press, Jill Colvin gave us a taste of what Laredoans thought about Donald Trump's visit to Laredo last week and his recent incendiary comments.  While some natives disagreed with what Trump said, others were convinced that he spoke truthfully when it came to immigrants.

Jessica Gonzalez was quoted as saying, "All we have is people from foreign countries.  It's not like it used to be."  Jessica is described as a retired housewife, 79 years of age.  (Apparently the name Jessica was a popular baby name during the Great Depression.)  Her lament is that too many Laredo restaurants have switched over to a Mexican menu.

Enrique Harrington-Ramon's cane-waving took on the issue of language: "I am sick of walking into a store and hearing 'en que le puede ayudar?' What country are we in?"  Interestingly enough, he said this outside OBREGON'S MEXICAN RESTAURANT.  No report was made on what Mexican dish he took advantage of at Obregon's as immigrants purportedly took advantage of him. 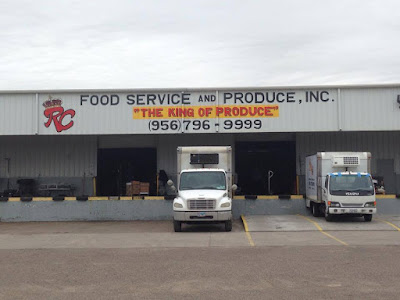 Speaking of Obregon's Restaurant, making the rounds on television is the new commercial from RC Service and Produce located on Market St.  If my keen eye serves right, the ad was filmed at Obregon's #2, at the corner of Market and Marcella.  Look out for the t.v. spot; it features the Border Bail Bonds character in a tall chef's hat.

Plugs aside, let's get back to our own self-loathing.

I've cringed once or twice when a clerk has started off our exchange in Spanish.  Perhaps it's some form of subconscious nativism that's taken hold of me; something akin to Mr. Harrington-Ramon's overt disdain for Spanish greetings.  Perhaps.  What bothers me more, I think, about the Spanish hello is that the cashier assumes I speak Spanish, and possibly thinks I'm more Mexican than Laredoan.  Okay, so I don't dress in Wranglers and boots and that can give people the impression that I'm not from Laredo.  And my skin tone can go between tawny and mocha, depending on how much sun exposure I get.  But that's no reason to automatically think that I'm a Spanish-speaking client.

Any level-headed person, such as myself, would storm out after such an insult to my identity.  But in doing so I would run the risk of my pollo con calabasa plate spilling onto my clothes.  Thankfully the soda de manzana helps to calm my nerves.  Outrage!  Outrage I tell ya!  America!

The Archie Bunkers of Laredo don't take kindly to all the Mexican culture that's supposedly encroaching on our beloved hamlet.  Donald Trump thinks the majority of Mexican immigrants are rapists and murderers.  Laredoans have a milder assessment of our neighbors: they're moochers and they speak too much Spanish.

People are funny.  Laredoans even more so.  It was noted last week during Trump's visit that our community was 95 percent Hispanic.  A large portion of Laredo identifies with one religious denomination or another.  For a town that is supposedly ultra Christian, there is a lot of hatred going around.  The bitching I understand.  But it gets to a point where we're, on some level, denying that we're cut from a different cloth.  Our nopal might be a little diluted, but it's still a nopal.