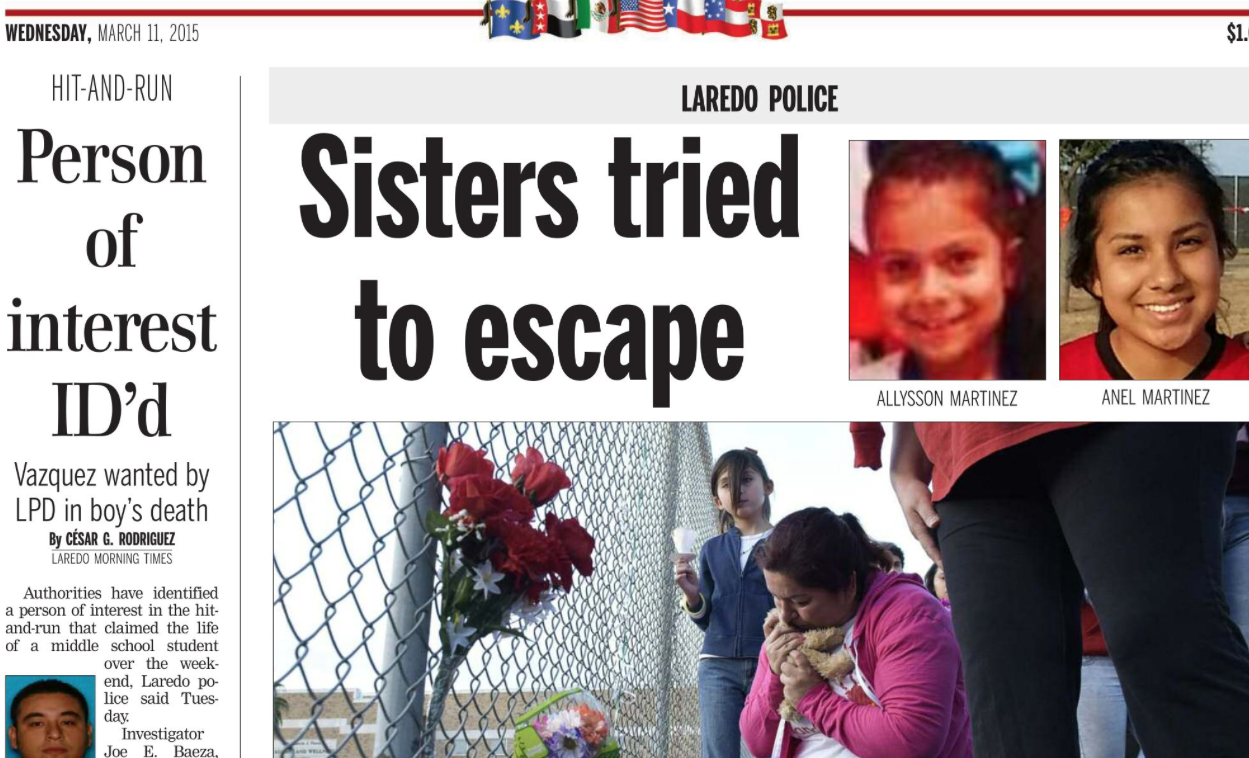 A family is mourning the loss of two of its own.  Anel and Allysson Martinez died Monday.

A neighbor, demanding money, got into an argument with the girls' mother.  When his demands were not met, he pulled out a gun.  The two girls, Anel & Allysson, ran out towards the back of the house, but couldn't escape.  The neighbor chased after them and opened fire.  They were rushed to the hospital in the middle of a police standoff.  Both were pronounced dead at the hospital. 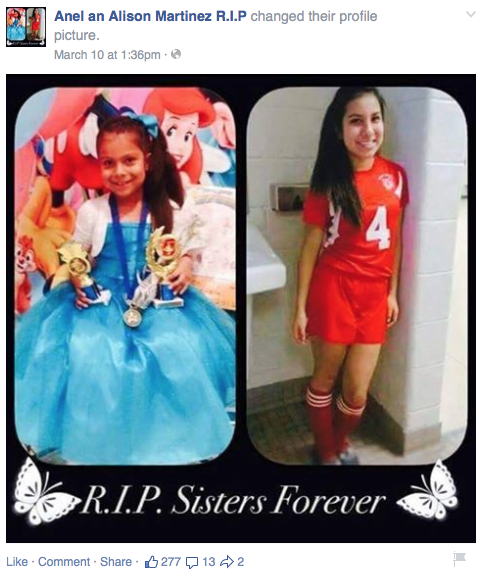 The public first learned of the identity of one of the girls when a picture of Anel, a Martin High School student, was posted Monday afternoon on Facebook.  A black ribbon was placed alongside her image.  Soon after, her sister's photo appeared, and the community came together in praying for the family. 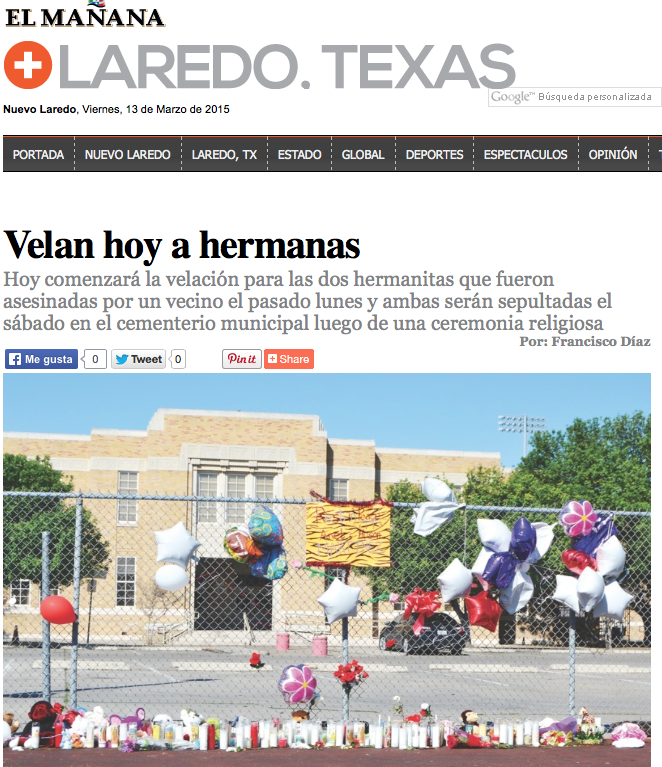 A candlelight vigil was held on the Civic Center grounds on Tuesday.  Donation drives were coordinated by several groups throughout Laredo in an effort to help the family of Anel & Allysson.

The Laredo Police Department promised a monetary donation to the Martinez family. 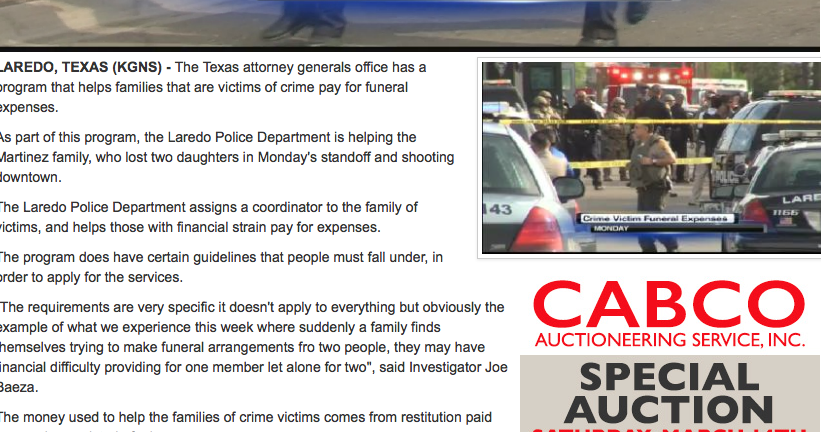 Funeral services are set for tomorrow. 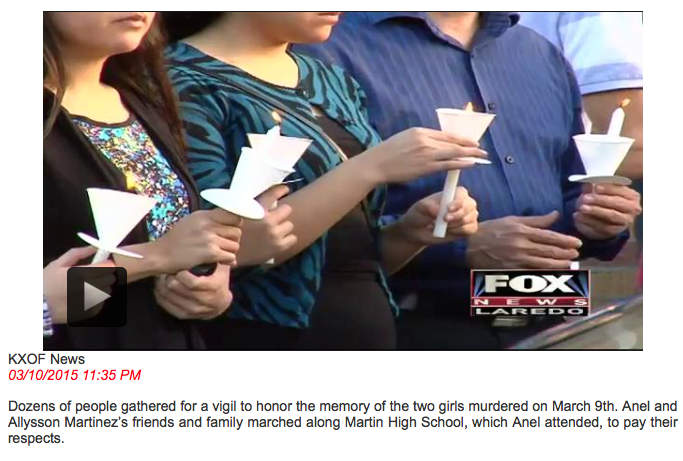 Our thoughts are with the Martinez family.
Posted by KeyRose at 2:24 PM