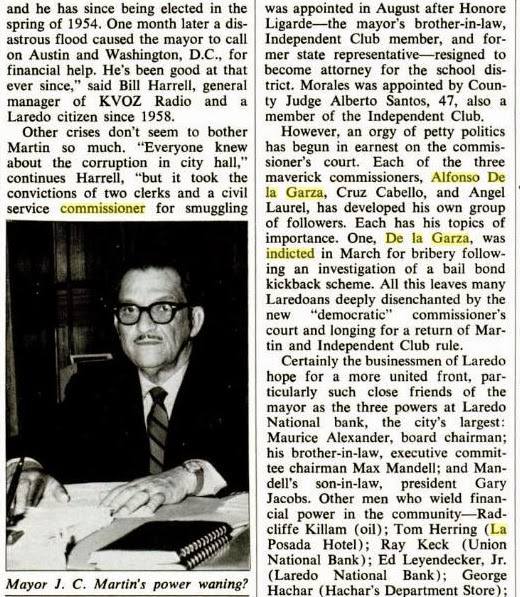 I thought I knew everything about crooked Webb County politicians, but apparently I was wrong.  In a Texas Monthly issue from January 1976, I read about the case of Alfonso DeLaGarza, a former county commissioner.  He and two other individuals got caught by undercover agents in the mid 1970s.  Via an AP release:

Apart from what's documented above, I couldn't find any local writings that detailed the case against DeLaGarza.  In the spring of 1979, however, information is presented in an appeal (DeLaGarza v State).

The appeal judgement states that Alfonso DeLaGarza received 12 months of probation.  Whether he did any jail time is unknown.  DeLaGarza was not part of J.C. Martin's Partido Viejo, but it was a kickback free-for-all in those days, I imagine.  Political corruption was obviously ubiquitous.

That would be the end of the story -- local politician, indicted on bribery, loses appeal.  But there's more.  Fast forward almost 30 years to a commissioners court meeting, where those in power decided to name a building in - [[drumroll please!!!]] - Alfonso DeLaGarza's honor!  Skadush!  Yes, ladies and gentlemen, our elected officials thought it was a good idea to name a community center after a crooked politician.

Then-Commissioner Jerry Vasquez was quoted in the Laredo Times, praising Alfonso DeLaGarza as a man "ahead of his time."  I suppose time has a way of healing old wounds.

I was informed that Alfonso DeLaGarza had a son, but that he was not involved in politics. 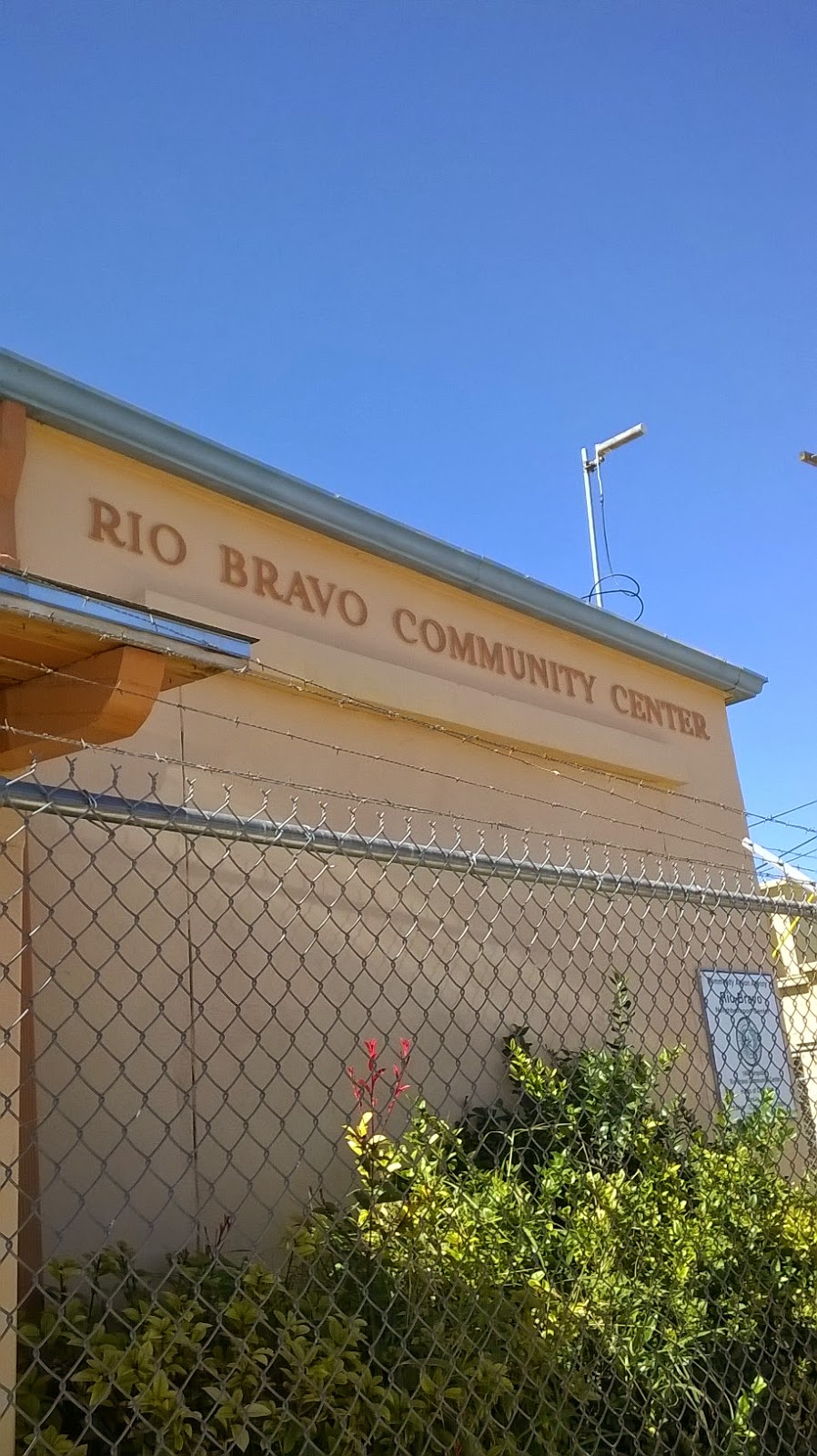 You have to go inside the Rio Bravo Community Center to appreciate the honor bestowed upon DeLaGarza. 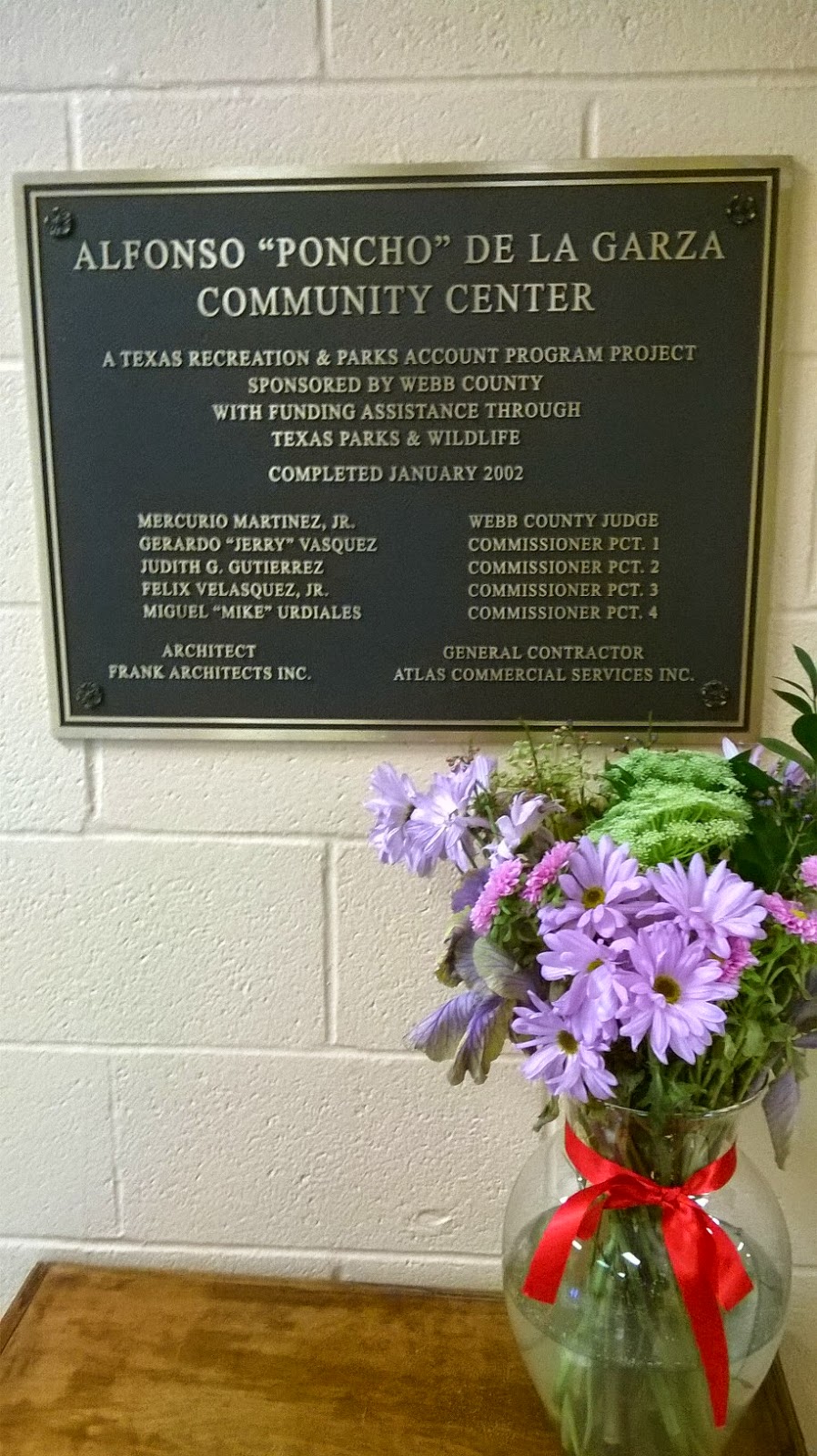 It's unusual how things happen around here.  You would think that certain things are off limits, like naming buildings after dubious characters, or after one's parents (Charlie San Miguel).  But apparently, in these hinterlands, anything goes.
Posted by KeyRose at 3:15 PM