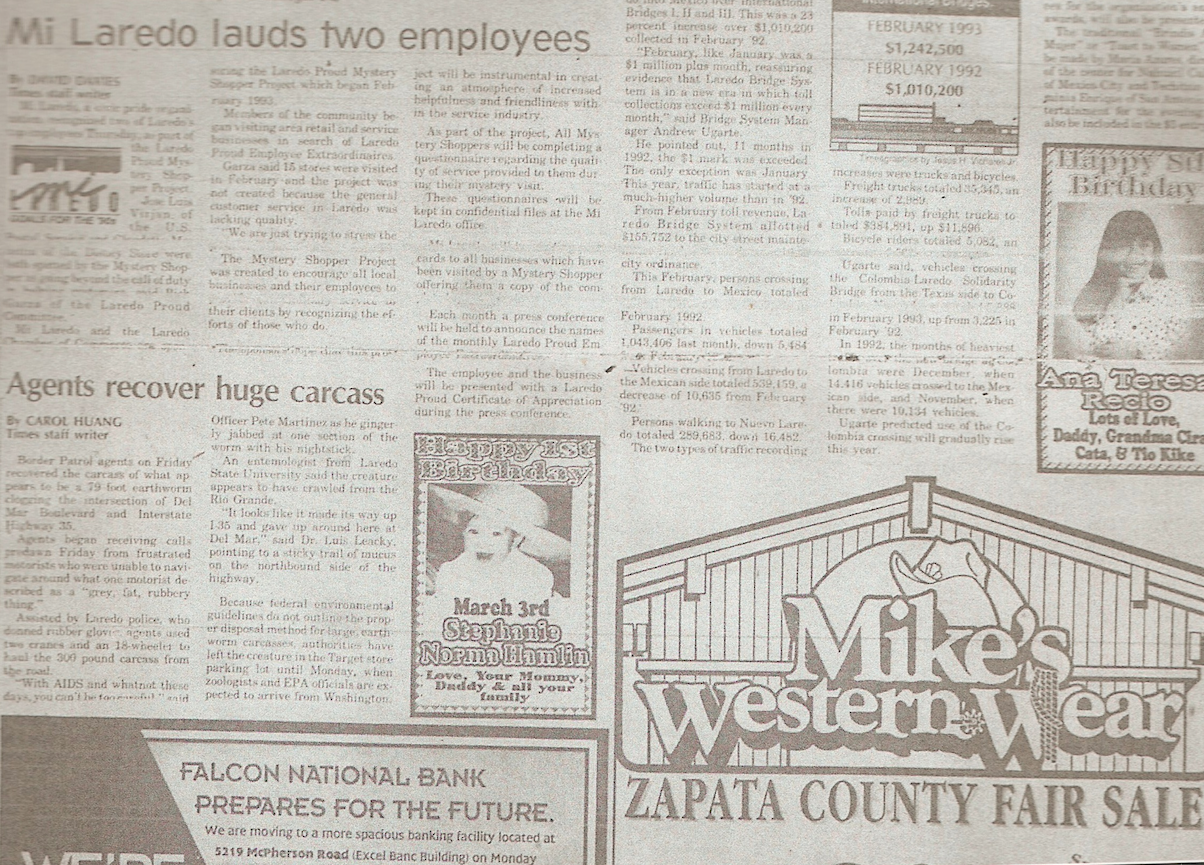 A weird thing once appeared in the pages of the Laredo Times:  the story of a large worm carcass.  On March 5, 1993, the newspaper featured a tale that recounted how authorities were baffled by the presence of an unidentified river monster.  It created a stir in the community.


Because federal environmental guidelines do not outline the proper disposal method for large, earth worm carcasses, authorities have left the creature in the Target store parking lot until Monday, when zoologists and EPA officials are expected to arrive from Washington.

Carol Huang, staff writer for the Times, was dismissed for writing the piece.  I don't know what her motivation was, other than wanting to get fired.

The story didn't compare to the panic people felt when Orson Welles went on the radio and talked about an alien invasion; But Laredoans bought Ms. Huang's story enough to go have a look.  I wonder what she's doing now. 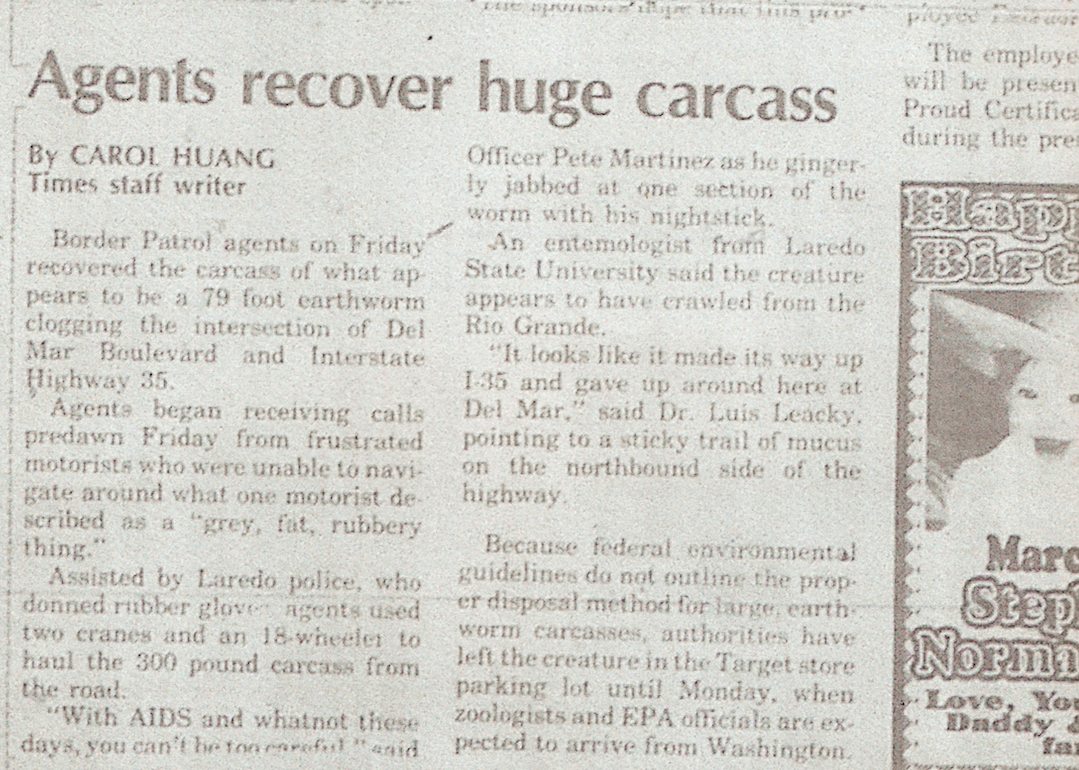 UPDATE (March 5, 2015):  A reader shared his experience about the huge carcass that made waves 22 years ago:

The story that you mention, about the worm, was going to be on the April 1st edition...as a April Fools joke. Apparently the editor at the time, Tom Sanchez, over-looked the article/page and approved it for printing. I was working for a talk radio station at the time, and I had AL Rubio call in as a worm expert from Corpus Christi. We did a live bit which was so hilarious...that it got both Sanchez and Huang fired. The idiot that didn't get fired was the one that did the copy and paste/layout for the page.

UPDATE:  this story reached corpus when I lived there, I believe one of the news stations even did a piece on it lol (Alex Cano)