A remorseful Mike Montemayor nicely summed up his actions at his sentencing yesterday.  In referring to Laredo and Webb County, he said, "I have put them both on the map for all the wrong reasons."  (via LMT)

We learned of Montemayor accepting bribes when he was arrested early last year.  What makes his case special is that his political career was so short-lived; He was county commissioner for approximately 15 months.  His tenure was so brief, party because he started accepting gratuities before he was sworn in to office.  Add to that a little bad luck and his downfall was certain.  The FBI was probably on to him when he took the oath of office.

It's been reported that Montemayor accepted a truck as a gift one month after he beat Frank Sciaraffa in the runoff election of 2012.  He promised people jobs, and help for companies in getting government contracts.  One weird bit of information that was revealed in the case against M.M. was his promising to pave a road for a county resident who owned a giraffe.  Montemayor had to push for the infrastructure project (after the promise of a $50,000 bribe) so the person could operate a zoo of some kind.

Then there's the matter of the FBI supplying Montemayor with a recording device.  He was going to assist agents in nabbing other crooked politicians.  But when his demand for full immunity wasn't taken seriously, he stopped all communication with federal agents.  He kept the equipment, and his insubordination went into the official report.

After Mike Montemayor vacated his seat as county commissioner in 2014, a temporary replacement was installed.  Then precinct chairs were tasked with selecting somebody else.  They chose Frank Sciaraffa, the person who Mike Montemayor beat in 2012, and who is currently embroiled in a sexual harassment suit.  Ay guey! 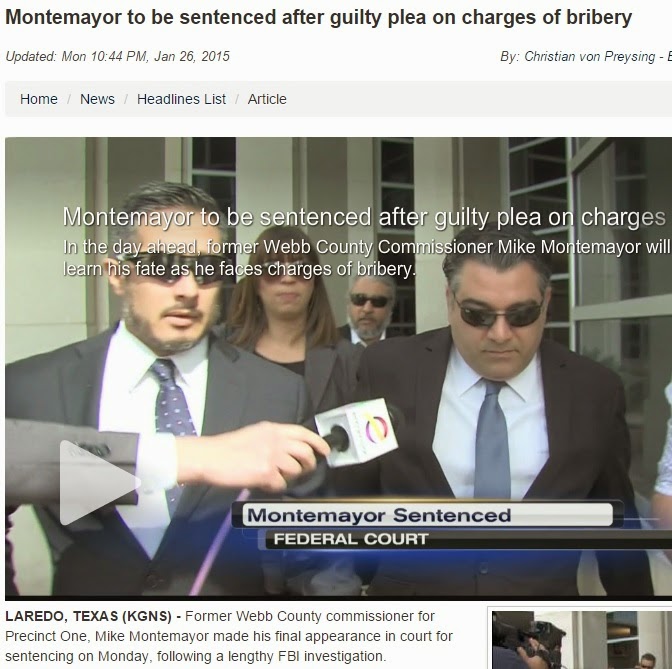 In the FBI report, mention is made that three other politicians took part in the bribery scheme, two commissioners (one female) and one councilman.  It's not known at this point who those people are, and whether they'll face charges.  Laredoans are hoping, however, that others are implicated in this matter.

Locals suspect, or are aware of, widespread corruption occurring in Webb County.  It'll take a determined anti-corruption force to weed out all the bad guys from public office.  In due time. 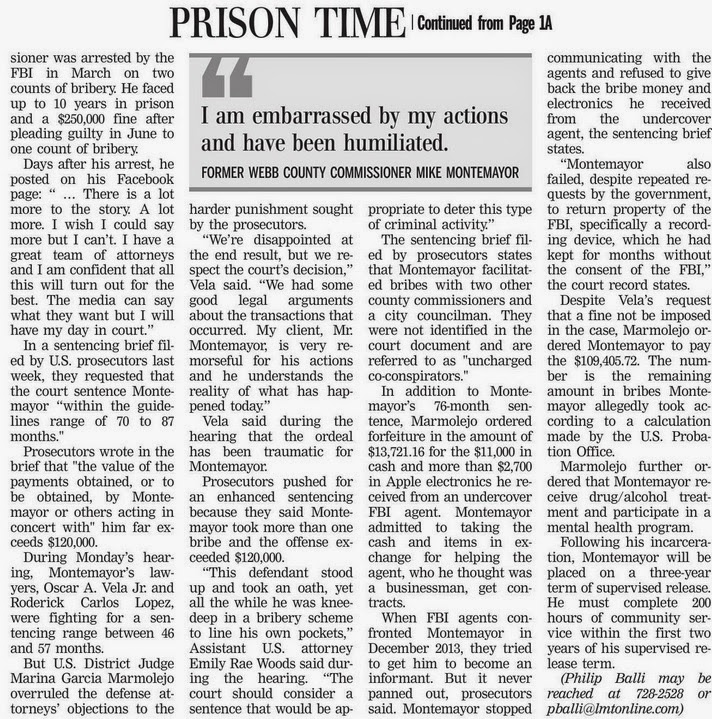