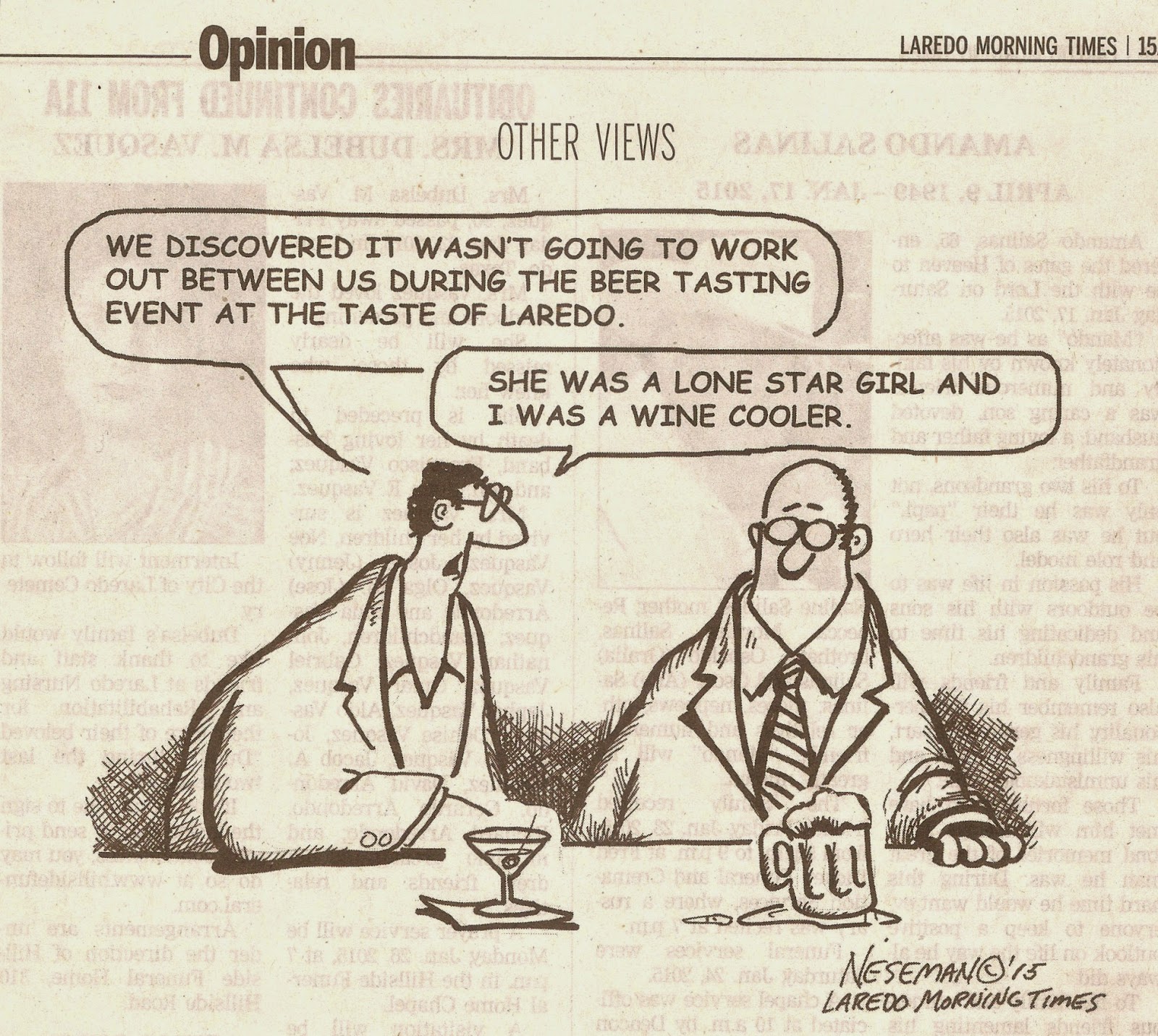 The cartoon pictured above appeared in Sunday's paper (January 25).  Neseman is the resident cartoonist for the Laredo Times.  I've noticed over time that these weekly editorials don't really push any boundaries in speaking to local issues.  They're as bland as what appears in the funny pages.

The reason I'm taking issue with this particular entry is because of the FBI brief that was released to the public last week.  The document pertained to former Commissioner Mike Montemayor's bribery case.  The FBI legal team spilled the details of what Montemayor did to get in trouble with the law.

The eye-catching tidbits in the report, apart from some weird facts, were passages that referenced other elected officials being in on the bribery scheme.

Mike Montemayor was sentenced to 6 years in prison on Monday.  Yet we're left wondering if the other politicians will be brought to justice, including one female commissioner, as the brief mentioned.  (The only female commissioner in office during Montemayor's tenure is Rosaura Tijerina.)  With the earth-shattering seriousness of this story, I expected more from those that fill the opinion pages of our newspaper.  Apart from the lackluster cartoon by Neseman, there was nothing by the publisher of the Times, or from Odie Arambula, who does his weekly commentary on Mondays.

With the FBI brief we learned that there's more to the M.M. story.  Unfortunately, our leaders are acting like it's no big deal, like there's nothing here to see.  The Mike Montemayor saga is a big fuckin' deal.  The response has been lame.
Posted by KeyRose at 9:53 AM