Water Matters In Our Neck Of The Woods

Mayor Pete Saenz vetoed city council's selection of an engineering company because, supposedly, the process of awarding the contract was not carried out appropriately.  City council quickly overturned his veto Monday night.  The mayor acted after hearing concerns from local engineering firms.  Mayor Saenz (via the LMT):

“The purpose … was to verify local engineers’ allegations that the bigger contracts are being awarded
to out of town firms,” Saenz said.  “If that is the case, it seems very unfair to the local engineering
and architectural community.  Our university has a growing engineering program, and what message
are we sending that these bigger projects are going to out-of-town firms.”

The mayor's veto was probably doomed from the start, but it's good to have any and all city business challenged.  Props to Mr. Saenz.

Eighteen years ago, city council had another water line project called into question.  Not the same as what we have today, but the concern revolved around water, interestingly enough.

Bruni and Casso, for instance, have been especially harsh in criticizing what they term the “sweetheart deal” that resulted in the extension of the city’s waterlines to the Unitec Industrial Park north of the city limits. “Those developers could get water to their industrial park, but not to the colonias they own,” Casso sneers.

I wish I would've paid more attention to council meetings when Bruni and Casso were in office.  The drama back then was at a fever pitch.

And the trifecta of water worries for this post is the news of colonia residents not having access to water for several days. 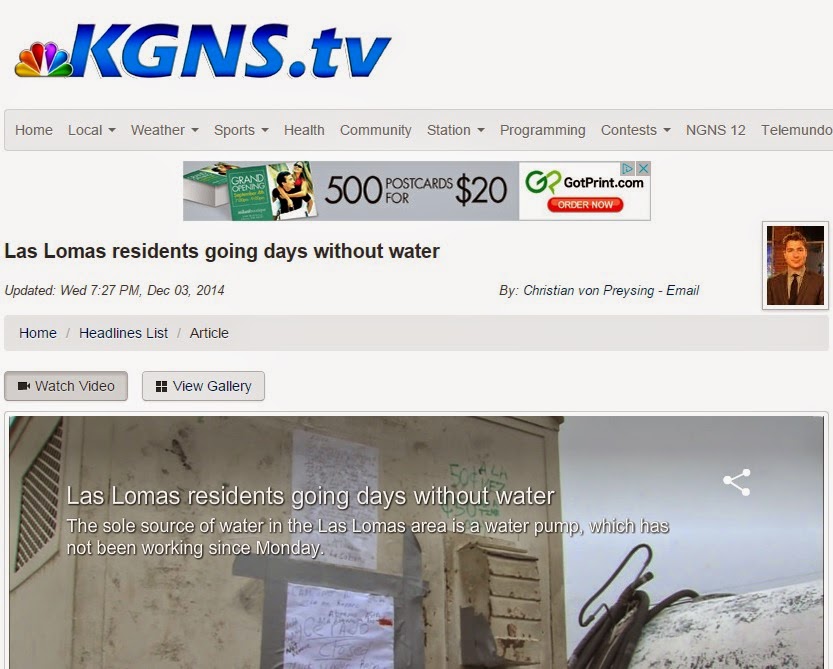