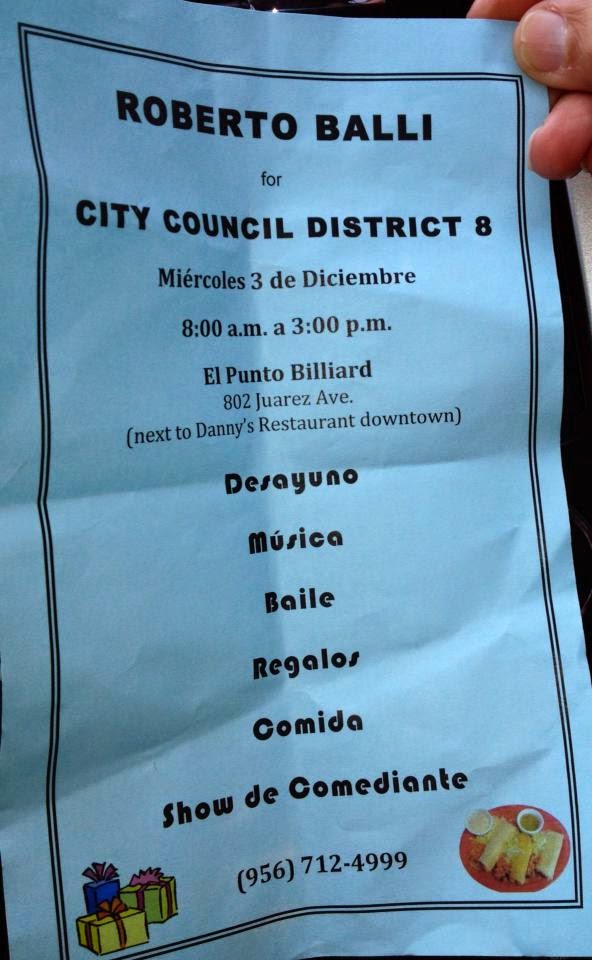 In the meantime, at least one candidate is keeping tabs on what the other is doing.  Rachel Ibarra, running for City Council District 8, posted her opponent's flier on social media.  (see picture to left)  The announcement is for a social gathering at a downtown pool hall.  Free food, music and gifts are offered.

Pachangas, as political meet-and-greets are known in Laredo, are nothing new.  I've gone to several meet-ups in recent years in hopes of learning more about a particular candidate.  It's basically a cookout and the candidate goes around introducing him/herself to people.  You listen to their platform, their ideas, eat, and then go home.  What's different about what Mr. Roberto Balli is doing is that he's basically offering people gifts for votes.  And as you can see in the next picture, he's doing it with Laredo's most vulnerable, the elderly. 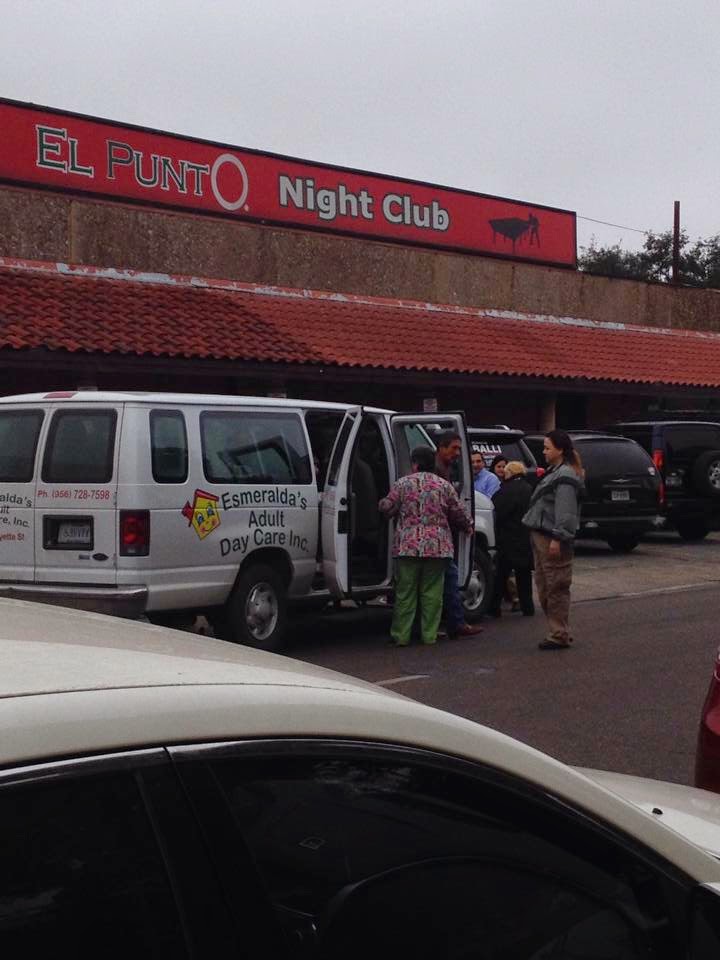 People from an adult daycare are being led into the El Punto Night Club, where Mr. Balli is hosting his event.  In 2008 I posted on one campaign leading elderly voters to the polls.  We don't see Mr. Balli personally taking these people to the polls, but it's worth mentioning that two polling sites are within blocks of his party.

It's really sickening to see something like this.  J.C.Martin Jr., in talking to Bill Moyers about the patron system, detailed how this kind of solicitation was employed decades ago.  It's crass opportunism and Balli should know better.  (I'll refrain from making any lawyer jokes so as not to offend upstanding lawyers out there.)

Roberto Balli is one unique creature.  He says he lives in the district which he hopes to represent, but he gets a homestead exemption for a house to the north side of Laredo.

A decade ago he was a member of the DA's anti-domestic violence team, yet he was slapped with an assault charge by his ex-wife. 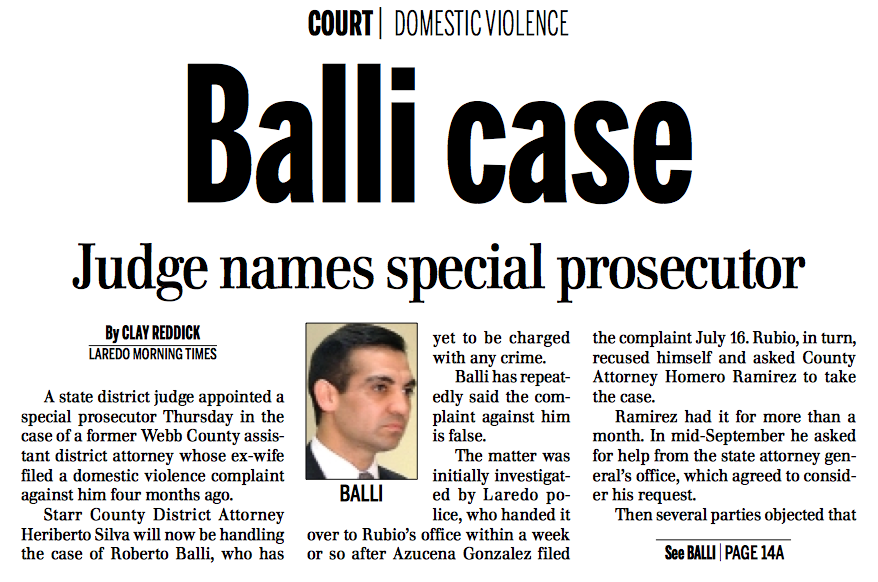 Too many conflicts with this man.

According to him, he's the best candidate now because he's paid taxes on his home(s), and therefore he knows the struggle people go through on a daily basis.  Populist campaign takes on a different form in Laredo, obviously.  Laredo and Webb County has seen its share of cynical campaigns before, but this one seems to take the cake.  Just when we think we're getting rid of malandrines like Jorge Vera and Alex Perez, otro pendejete comes into the fold.  Gawd help us.