No To Laredo MMD 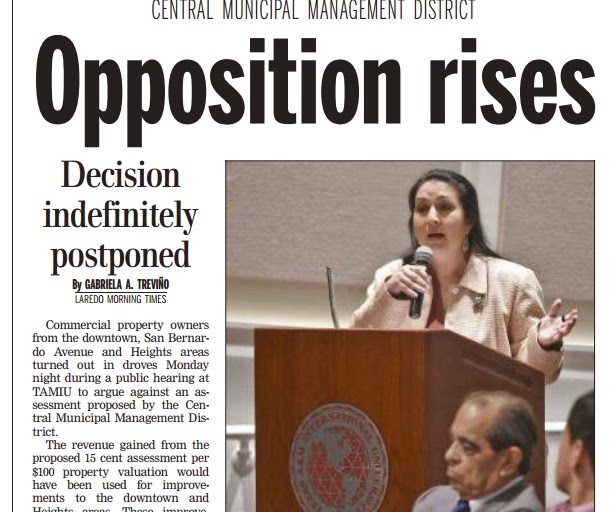 
The Central Municipal Management District was approved by the Legislature in 2013 through the passing of Senate Bill 1601.  The Senate author of the bill was Sen. Judith Zaffirini and the House sponsor was Rep. Richard Raymond.

Back to the drawing board.
Posted by KeyRose at 3:23 PM