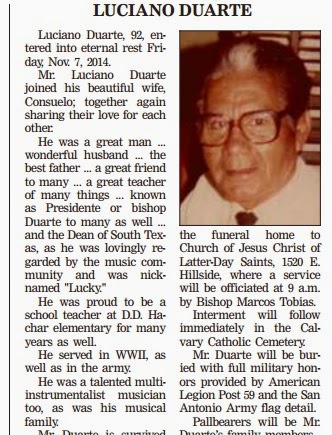 Last week I saw that a Mr. Duarte passed away.  I didn't know him personally.  The only thing I knew was that the Duarte name was somehow associated with local musicians.

When I mentioned the name to my mother, she recalled that Mr. Duarte was a well-known personality.  And my mother in-law mentioned listening to his radio show "Serenata Noctorna."  She would frequently call in song requests to Mr. Duarte.

A blog reader tipped me off to a story the Laredo Times did on Mr. Duarte back in 2005.  (see clipping below)  The admiration fans bestowed upon "Lucky" Duarte over the years is immeasurable.  What I was impressed by was that he was doing his Z93 show in his 80s.  Unbelievable.

LaredoTejas made mention of "Serenata Nocturna" three years ago. 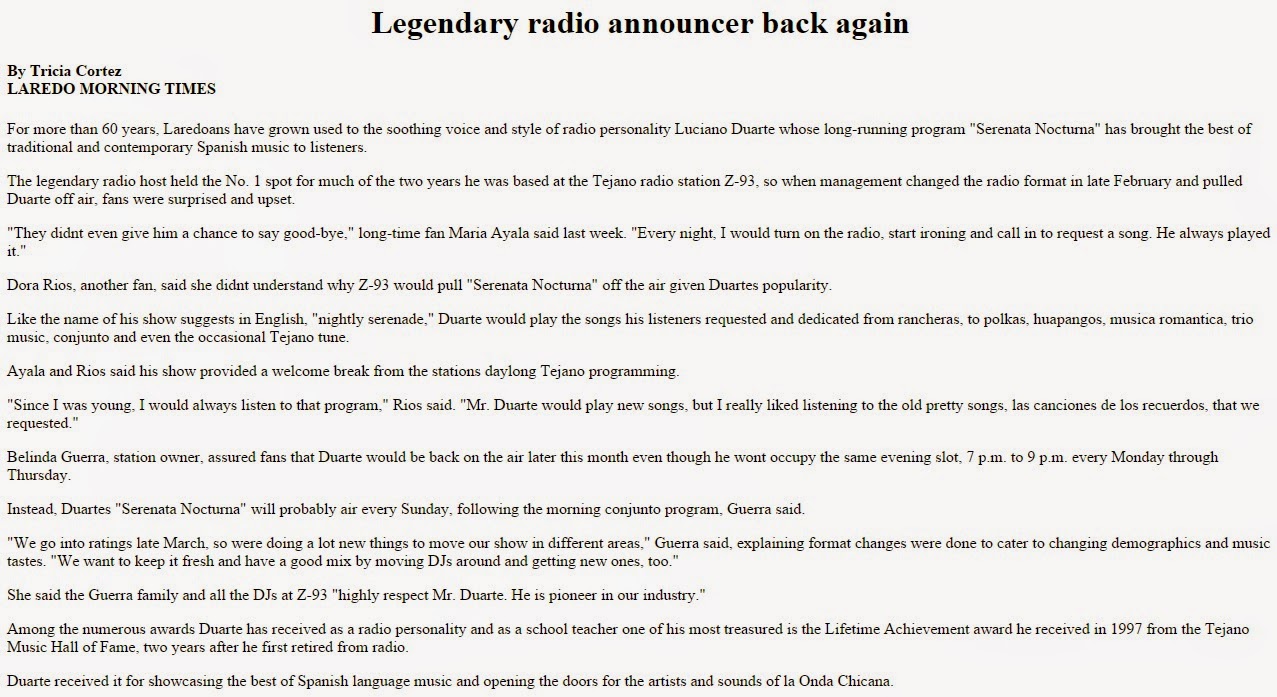 A person I talked to years back was disappointed that Laredo didn't have a music hall of fame.  For now we'll have to settle for the memories of local musicians who left their mark on the community. 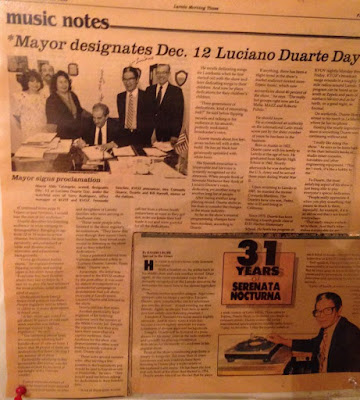