We Can Laugh Now 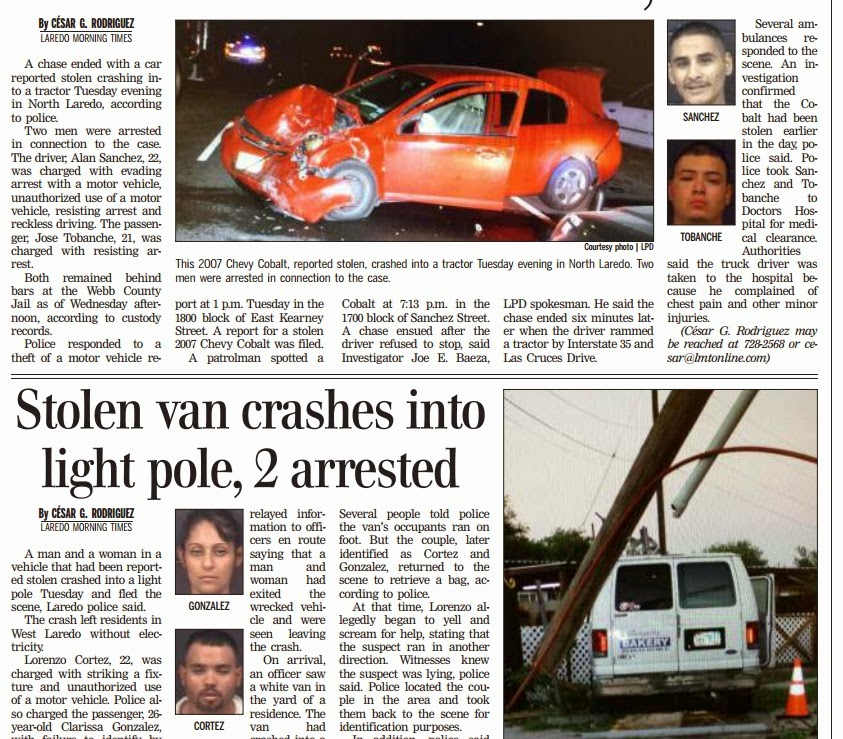 Any time I update my long-running series Menso Not Mensa, it's usually one person that gets the spotlight for defying the tenets of evolution.  But today we are brimming with knuckleheads.

The first case involves two dummies who are lucky to be alive after stealing a car, leading police on a chase through central Laredo, and ultimately crashing into a trailer.  The car they stole (red Chevy Cobalt) appears totaled.  They might be lost causes, but just the thought that they could end somebody's life in the blink of an eye is scary.  Mensos.

In the next story, we have a couple who stole a bakery van.  Somehow the driver lost control of the vehicle and crashed into a pole.  Residents were without power after that.  The torpid duo left the scene before authorities arrived.  But upon realizing that a bag was left behind in the vehicle, they returned and tried to create a diversion.  The cops weren't having it and the couple was arrested.

Gawd knows why these miscreants did what they did, but again, it's a miracle nobody died.