The Things They Do 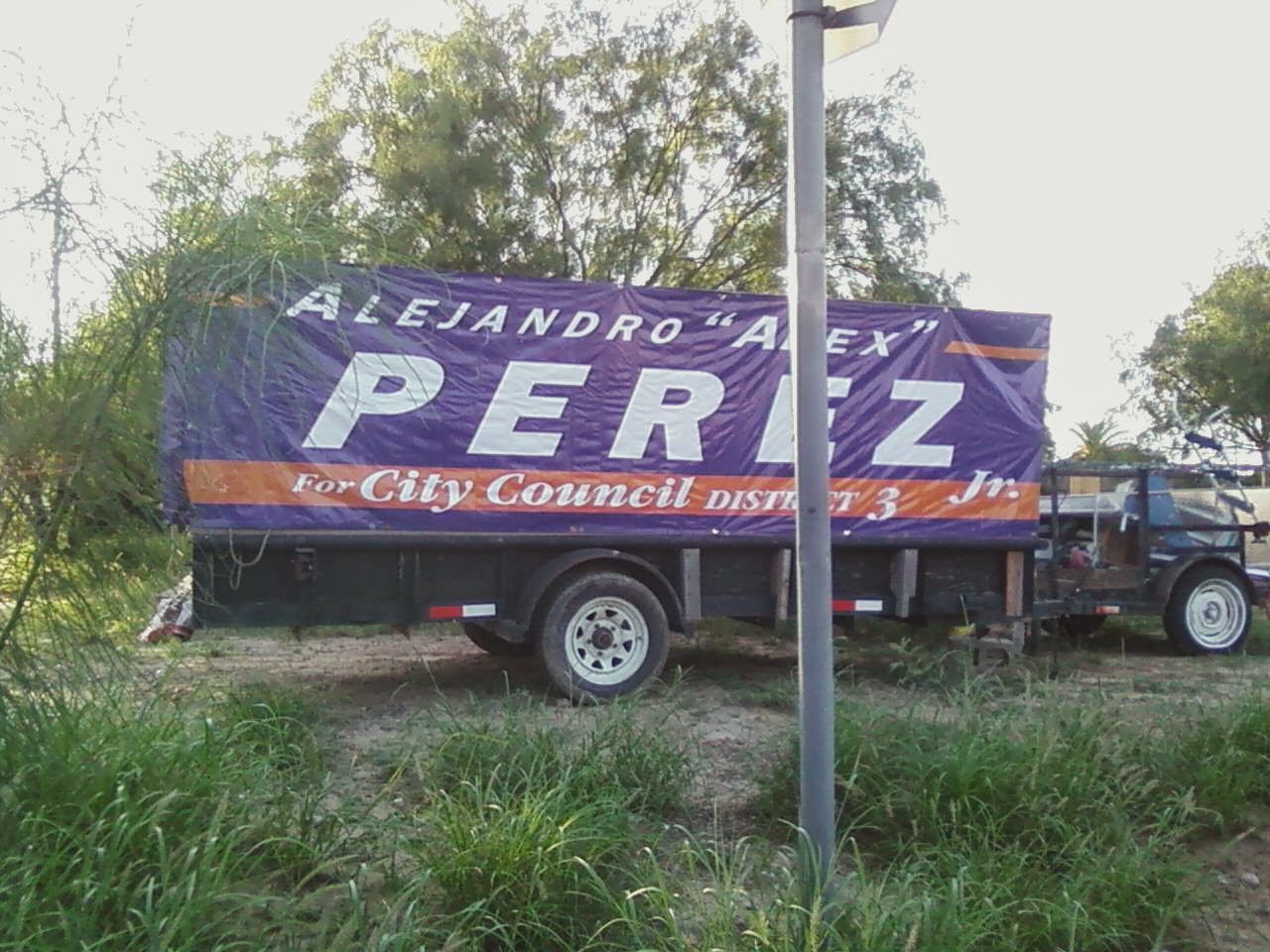 Councilman Alex Perez got himself into something of a pickle the other night.  He was arrested for allegedly stealing his opponent's (Abey Lugo) campaign signs.  I believe it was KGNS first to report on Mr. Perez's arrest.  I'm kind of surprised with the swift manner in which he was caught.  Apparently it was Mr. Lugo who notified police of the criminal activity after he got a tip.

The details were pretty straightforward: Mr. Perez was seen taking campaign signs that didn't belong to him; the cops were called; his opponent's signs were found in his vehicle; Mr. Perez was hauled off by the cops.  The value of the signs was placed at less than $50; the crime a misdemeanor.  He just has to pay a fine and be done with it.  But no.


DISTRICT 3 UPDATE: DEAR FRIENDS AND SUPPORTERS,
As you know, our supporters, volunteers, campaign workers, family, and friends have been working tirelessly over the last couple of months, block walking, going to events, and putting up signs.
Our volunteers are eager to help and are zealously performing their assigned tasks. Throughout the campaign our campaign workers, volunteers, family and I have block walked almost all of our district. It is mostly during these block walking periods that hundreds of our district 3 residents request “Alex Perez” signs to be placed on their property. We are excited and appreciative of their support.
Our campaign team has been instructed what the rules are regarding the placement, installing and removing of signs. Some of these rules can be confusing to some of our campaign workers.
This past weekend one of our volunteers made a mistake, when he took down a very small sign and inadvertently placed it in the campaign vehicle. Although the incident happened without my knowledge, I take full responsibility for my campaign workers’ conduct occurring during the campaign.
Our campaign worker was under the understanding that the property owner wanted only the “Alex Perez” signs on her property. He was under the belief that the property owner wanted the small sign removed from her property. Despite cooperating and giving this information, we were all cited. We should not have been cited but I respect the officers decision.
At the end of the day, the citation issued is a simple “speeding ticket” like citation that we will be contesting.
We will meet with our volunteers and supporters once again and remind them of the rules and the proper protocol that should be followed.
In the mean time, we will continue to work tirelessly and convey our message as to all of the improvements we have made to our district and the City as a whole and all the future improvements already in the works and that are planned. We humbly ask for your support.
-Alejandro “Alex” Perez, Jr.

Mr. Perez released a statement on his Facebook page, basically saying that his campaign workers were the ones who took down the signs, and that it was a property owner in the Chacon neighborhood who wanted the signs removed.  That may very well be true, but the signs were found in his vehicle.  He agreed to take responsibility for the supposed actions of his assistants, but vows to fight the citation.

I'm reminded of the line from "The Contender" where Laine Hanson says, I'm guilty but not responsible.

Mr. Perez's friends showered him with support on FB.  They're clearly ready to move on from this event.  And perhaps we all should.  His character is suspect now, but maybe it's not necessary for him to lose his place at city hall for pulling off such a stupid, senseless, idiotic stunt.  What's annoying is his defiant attitude towards the whole thing.

Abey Lugo released video footage he personally took the night of Alex Perez's arrest.  The two argued.  In the exchange, Lugo asks Perez what his signs are doing in the vehicle.  Perez then accuses Lugo of stealing his signs.  He proceeds to admit taking Lugo's signs.


I'm doing what you're doing to my signs, bro.

Mr. Perez says, in the video, that his signs are being cut down and left on the ground.  He has no proof of that, but tries to get out of the problem by telling Lugo to take back his sign and "call it even."

Perez tries to squirm his way out of a mess, and throw everybody under the bus, even though the evidence is in his vehicle -- a white SUV with ALEX PEREZ scrawled across the back windshield.
The theft and destruction of signs is not new.  Alex's response, however, is less than honorable. 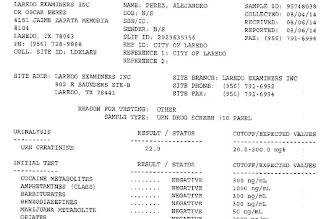