Setting The Example For Us 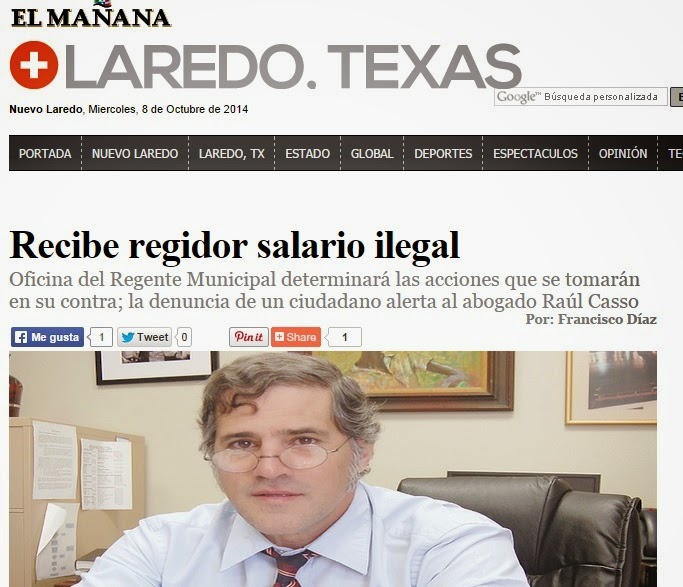 Kudos to local activist Humberto Trevino Jr., and El Manana, for shedding light on a matter concerning Councilman Esteban Rangel.  Laredo's other newspaper explains that when Mr. Rangel was promoted to the position of LISD Director of Transportation, he did not inform city staff.  Because of his new position, and the salary he receives from the state, he cannot qualify for compensation as an elected official under state law.  He apparently had been doing so for a year.

Last week I posted the letter that Mr. Trevino circulated through several media outlets.  The city attorney was also contacted.   It's concerned citizens like Humberto Trevino Jr. that have the courage to stand up for what's right.  He didn't have to do this; and the city would've just gladly swept the matter under the rug.  But Mr. Trevino put his name on the line to make an honest man of Esteban Rangel.  He is paying attention to what's going on, and he's setting the example for what true civic duty is.  Hat tip to you, sir!
Posted by KeyRose at 10:18 AM