Welcome To The West Side 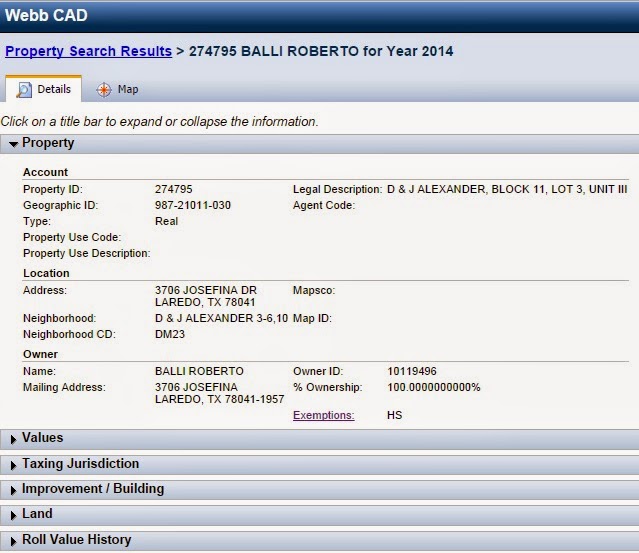 Roberto Balli is running for city council District 8, which is the area covering downtown and neighborhoods north of the Civic Center.  He says he lives on 1719 Santa Maria, where his law office is located.  But a quick property search reveals that he has a 2014 homestead exemption for his Josefina Dr. home (see above) near Alexander H.S.  That's quite a ways off from downtown Laredo.

Okay, perhaps he's lived at the Santa Maria location for "(90) days preceding the last day for filing of an application for candidacy" as the city charter demands, but he just hasn't made the minor clerical change with the county appraisal district.  Or does he even have to?  The city charter also states that the candidate must reside in his/her district for the remainder of the term.  Welcome to El Siete, Mr. Balli!!!

This candidate is not the only one who has had residency issues come up.  When John Galo was councilman, he had a house near Chihuahua St.  Now, not.

It may seem like a triviality, these residency questions, but it makes me wonder why one would go to such measures to land a spot in city or county government.  Hell, even as a trustee!

(part of City charter below)

The Mayor and all City Council Members shall be registered voters of the City,
and shall have resided within the City for twelve months immediately preceding the last
day for filing an application for candidacy. Additionally, City Council members shall
have resided within the district for which they file for candidacy for ninety (90) days
preceding the last day for filing of an application for candidacy and must maintain their
residence in the district from which elected throughout their term of office.