Another Black Eye For Laredo 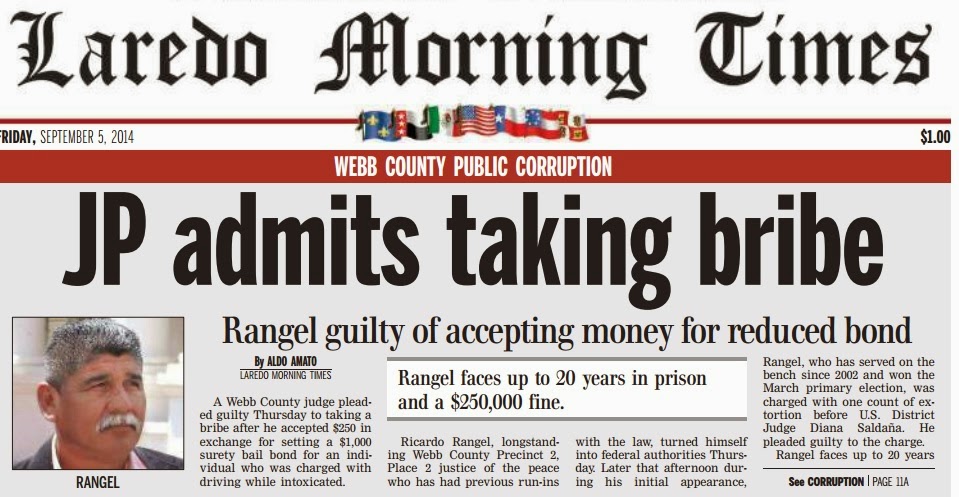 2014 has not been good for Laredo and Webb County.  Major controversy has filled this mid-term election year.  Early yesterday I heard that an official was going to be arrested.  Nothing happened until the afternoon when an update was posted on Twitter by an LMT reporter that local JP Ricardo Rangel reported to federal court downtown for his arraignment.

Details of the charges didn't trickle in until hours later.

Sixty days left before the November 4 election and I expect turnout to be low, as usual.  Apathy and cynicism will be rampant, which will coincide with the levels of local corruption.  For all the efforts that local officials are putting forth to better the community, it's news like this that will forever brand Laredo as a cesspool of corruption and stagnation.
Posted by KeyRose at 9:43 AM