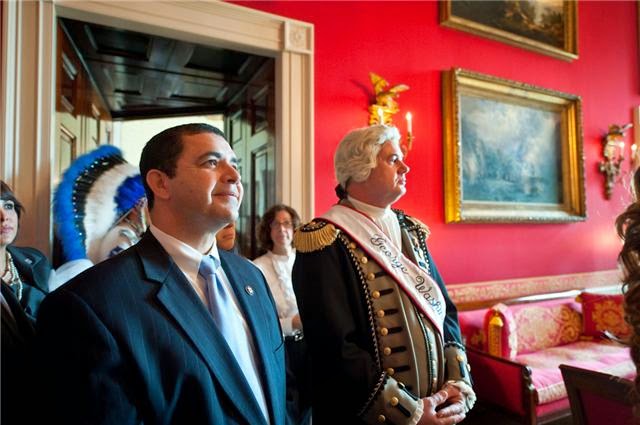 The passages provided below belong to the Trafficking Victims Protection Reauthorization Act of 2008.

(A) EMERGENCY AND HUMANITARIAN SITUATIONS- Notwithstanding paragraph (1), the Secretary of State may issue a passport or passport card, in emergency circumstances or for humanitarian reasons, to an individual described in paragraph (1)(A).

Henry Cuellar was for the Trafficking Victims Protection Act before he was against it.  Seven years ago the bill passed almost unanimously in the House, with Cuellar voting for it.  Fast forward to 2014 and Cuellar wants to change the bill to deport children from Central America as quickly as possible, no matter what circumstances the children are facing at home.

Cuellar's efforts are hailed as bipartisan but nobody on the left is siding with him on this issue.  It's basically every republican and Henry Cuellar  that's looking to change the law.  That's hardly bipartisan.  Henry Cuellar is up for re-election in a red state, and in a district that is looking closely at the events that have transpired on the border in recent months.  He's playing to the conservative base, basically, and perhaps is thinking that the GOP will have major gains in the November election.  He's acting out so people will notice, and thus, send him back to Washington.

Henry Cuellar will vote with whichever party as long as it's a benefit for him.
Posted by KeyRose at 1:53 PM No comments:

Happy Anniversary To The Ramoses 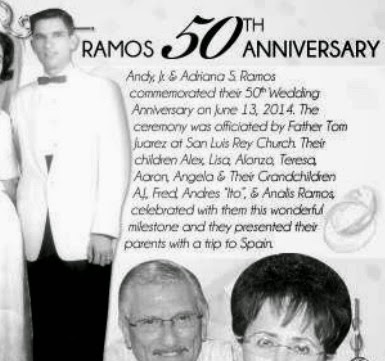 While perusing the Sunday paper yesterday I totally missed the announcement of Andy Ramos' wedding anniversary.  Mr. Ramos is a former county judge.  And he was also involved in the weatherization scandal from a few years ago in which his home was worked on as part of a federal grant program.  The county is still managing all the moving parts of that scandal (CAA approved people hastily for home weatherization work; contractors did work; feds learned of improper administration of grant program; feds withheld grant money; contractors got angry and sued county).

Last month the county settled with at least one contracting service.

So back to Andy Ramos.  I don't know the man personally and I can't say how opportunistic he is, but he did take advantage of a grant program available for needy citizens.  He may have qualified for services, or not, even though his own son is a contractor who could've done the work for nothing.

Whatever the case, Mr. Ramos and his wife went to Spain to celebrate their wedding anniversary, compliments of their kids.  That's cool that they could do that.  What's not cool is that their name is attached to one of Webb County's most egregious scandals that saw no one go to jail.  And what's not cool is that the Ramos siblings cannot chip in for new windows on the old man's house, but they can spring for a trip to Spain.  Must be nice to be them.
Posted by KeyRose at 7:20 AM No comments: 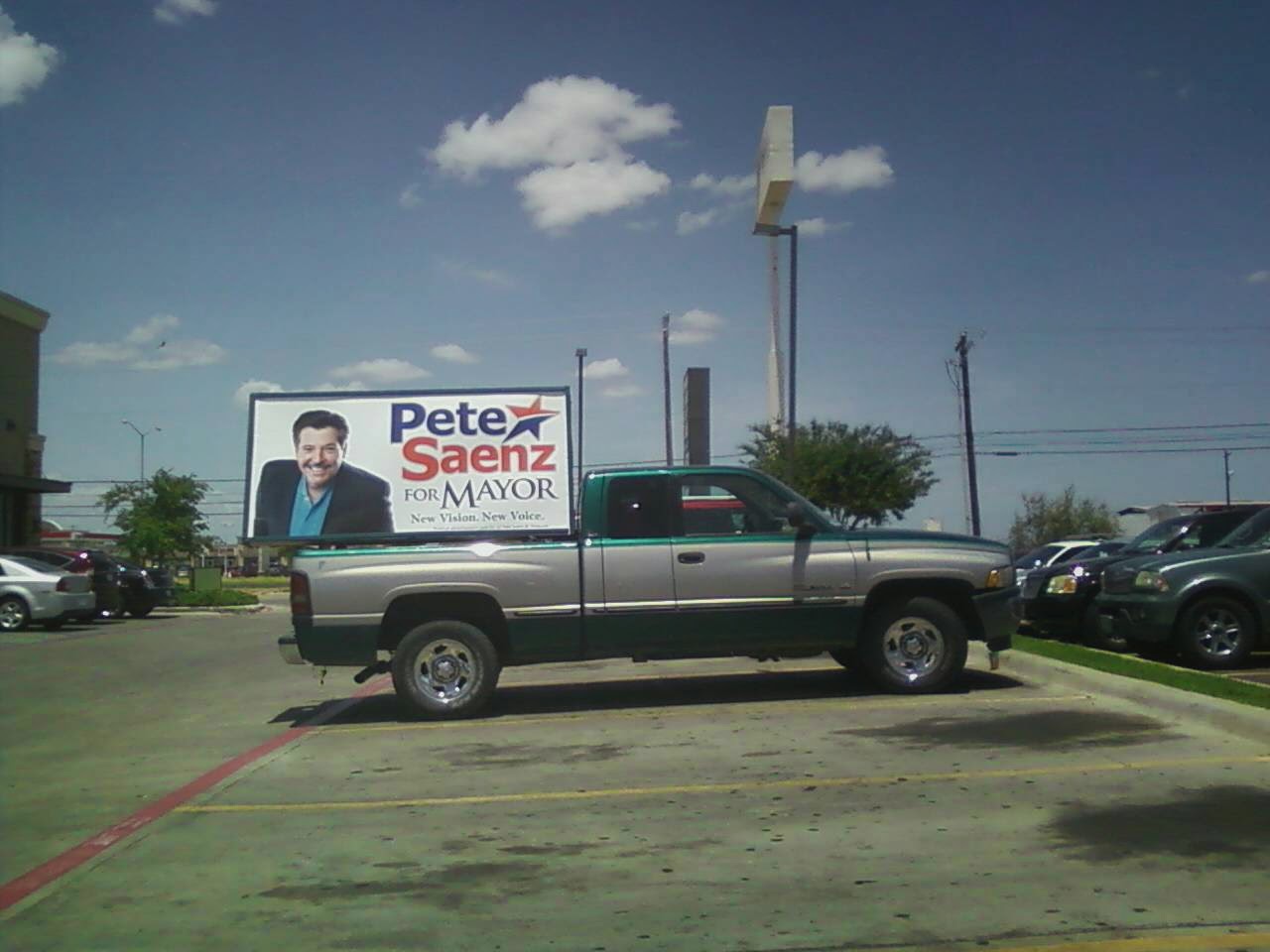 With 118 days before the general election, several names have been mentioned as candidates for mayor, but only Pete Saenz is making it known out in broad daylight that he's serious about it.  In other political news, Henry Cuellar has criticized President Obama for not visiting our neck of the woods as the huge influx of Central American immigrants has not end in sight.  And Webb County doesn't know what to do about replacing Mike Montemayor, the disgraced commissioner who is facing jail time for bribery charges.  The local Green Party has made it known that a replacement has to be selected by the public at the upcoming election, November 4.
Posted by KeyRose at 9:49 AM No comments: 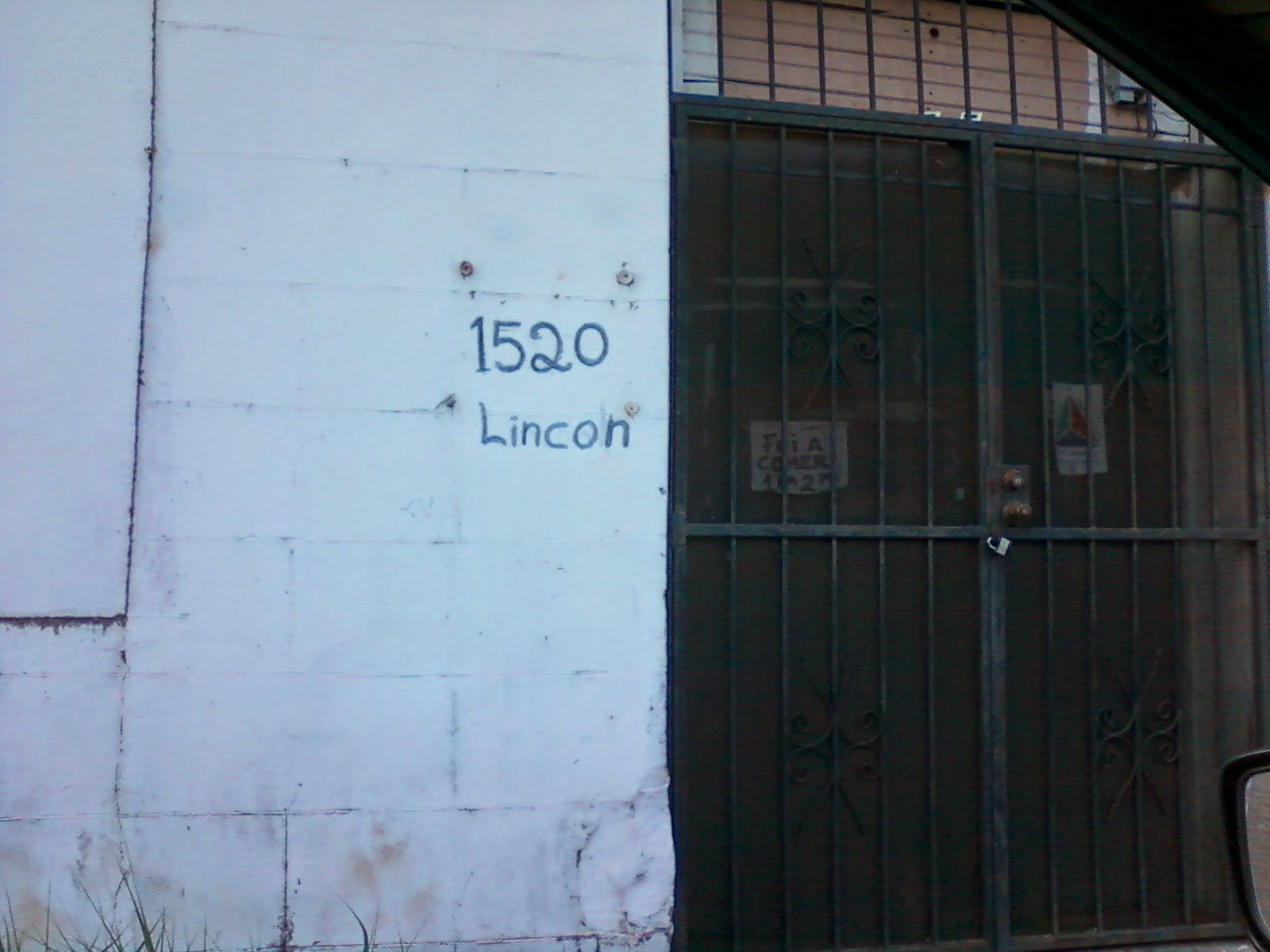 Downtown Laredo has a lot of nooks and crannies that hold little treasures.  It's worth exploring because it looks like no other place in town.  Enjoy.
Posted by KeyRose at 12:51 PM No comments: 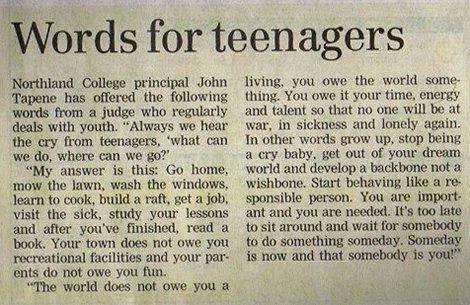 The summer break provides many a youth a lot of down time.  Summer classes, or recreational camps abound to keep students engaged in some type of activity, but those options are limited.  Parks & Leisure offers the public many outlets for kids to stay active, but there's only so much swimming or skateboarding one can do.  For us summer was a time to travel nearby to see relatives, go to the beach, or enjoy what the Main Boys Club had to offer.  But despite all the choices and distractions we had, at one point we uttered the words that annoy any parent: I'm bored.  When I saw the clipping (above) that a Facebook friend posted -- about restless, aimless youth and the reaction they incur -- it brought up some memories.

My mother would instantly suggest a chore for us when we'd get whiny:  pues, ay esta(n) el azadon/el trapeador/las vacijas/etc.  Of course, that's not what we wanted to hear.  It was just a way to shut us down quickly.  Neither side got what they wanted from that kind of exchange.  Thinking back on it, my mom probably did want us to help out more around the house, considering she was a single mother and probably appreciated any help she could get.  But then I take into account all the things she didn't make time for, like teaching me to drive, or having THE TALK with me.  I understand she had a lot on her plate, but there were so many opportunities where she could've imparted some wisdom in my time of need.

And this is in no way a defense for whiny, complaining youth, but it's those instances where some are at they're most uninspired that a parent can make a difference. 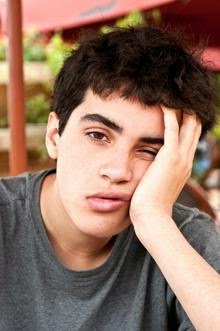 My aunt and uncle raised seven kids.  I can't wrap my head around the fact that one parent, for the most part, had to meet the needs of so many at one time.  Consistency goes by the wayside with so many kids, I would imagine.  What fascinates me is when a son or daughter is ready to go out into the world in some way or another, and one parent will chastise the young individual for having such adventurous whims.  You're moving in together?!  Why, you don't even know the price of bread!  You're moving to Boise?!  You don't even make your own bed!!!

Who's fault is that?

I hear so much of family values being passed on generation to generation, but that doesn't really happen from what I can tell.  Growing up in the barrio, we got disciplined when we did something wrong.  We went to church and were enrolled in la doctrina.  I don't remember any of my elders ever imparting any sage advice to help me along in life.

I don't fault anybody for my upbringing.  It's just that I felt so unprepared when I officially became an adult.  I had the basic necessities, loving people around me who supported me, and a fun childhood.  Yes there were times when I was bored, but generally, I had a good time.

We're so quick to cast kids nowadays as entitled, and fortunate, saying to them that we didn't have it as good as they do now.  (Like if we had it so bad)  We'll scold them when they get whiny.  What we should do, instead, is impart some useful information that will benefit them.  I can't help but think of the lyrics to Jack and Diane, "hold on to sixteen as long as you can, changes come around real soon make us women and men."  Perhaps that suggests to kids that they should embrace their boredom.  If you're bored, enjoy it while you can.

As parents I hope we teach our children well and not talk down to them like the condescending son-of-a-bitch who uttered the words in the clipping above.  Kids will get bored, and they'll be annoying once in a while.  But that's the perfect time to talk to them about what we've learned, no matter how mundane you think it all is.
Posted by KeyRose at 3:03 PM No comments: