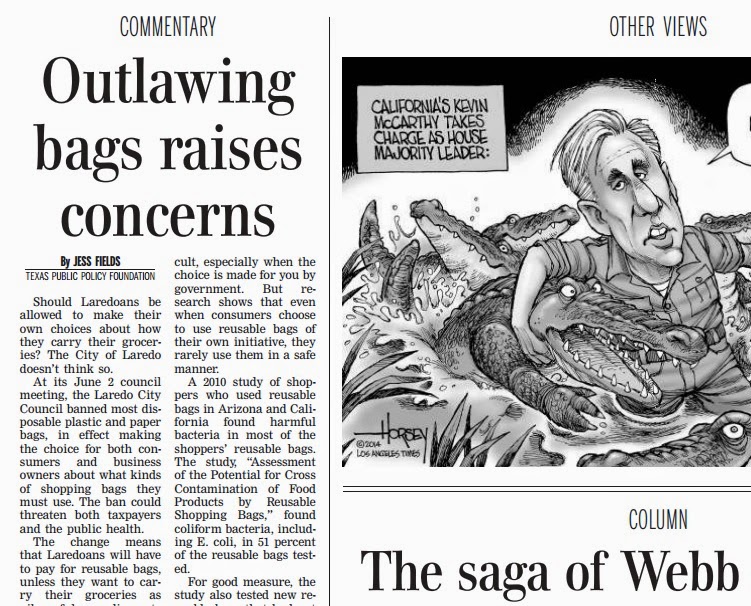 Over the years this blogger has taken issue with the way the LMT presents itself.  In 2009 I directed a hairy eyeball towards the LMT for their new online subscription fees.  That same year I selected Bill Green as our Person of the Year (not the distinguished honor you might expect).  Since then they've endorsed the likes of George W. Bush for president, and made headline announcements --mug shots included -- of anybody who has been charged even with the smallest of offenses, all to fill space and sell papers.  Their stories make for interesting water cooler chisme, but its coverage that satiates our basest of appetites.

I realize the LMT has a place to fill in our community, and it has to do business in a way to meet its goals.  But every now and then I feel like it does more to dumb us down than serve our interests.  Case in point: today's front page story citing a study by the Institute for Law and Economics that links a spike in foodborne illnesses, and deaths, to the plastic bag ban in San Francisco of 2007.  To push the issue further, the study was again featured in an Op/Ed entry, courtesy of Jess Fields of the Texas Public Policy Foundation.  Mr. Fields includes recent developments regarding our own plastic bag ban.

To read more by this writer, go to his blog.

I think it's a little overkill to, practically, have the same story appear twice in the same issue.  It could be coincidence, a lack of oversight, or a clear expression of where the LMT heads stand on this matter. 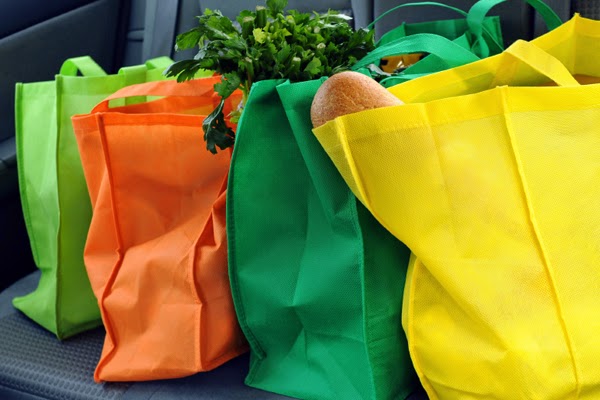 Laredo's bag ban notwithstanding, people are already using canvas tote bags to haul their groceries or assorted items.  For the sake of public health, I support information that can shed light on the downside(s) of using these bags, but the information has to be presented in a fair manner.

The ILE study made note of research that found E.coli existing in 8 percent of reusable bags tested, and that people mentioned not being in the habit of washing their bags.  What it left out was that the same study said that washing the bags reduced the bacteria by 99.9 percent; and it encouraged the public being educated about the finding.  The ILE took from that same 2011 study that bags collected in the Los Angeles area had a higher finding of coliform bacteria.  That's interesting since Los Angeles didn't have a bag ban until this year.

Another flaw in the ILE's writing is that it makes a misguided conclusion in that the tote bags are solely responsible for the outbreak without connecting the bacteria to its main source, food products.  The Food Industry Center presented information about the 2006 spinach recall due to E.coli that was traced to central California, and noted the CDC's stat of 5,000 people dying each year from foodborne illnesses.  E.coli comes in many forms and not all of them are harmful enough to cause sickness.  The bacteria can be found in most food products, such as milk, fruits and vegetables, meats, and chickens served at a church function.  E.coli also exists in our intestine.

Webb County has been embroiled in its own E.coli saga.  Last year the bacteria was found in the water.  And currently United I.S.D. is looking to be reimbursed for having to supply its students with bottled water. 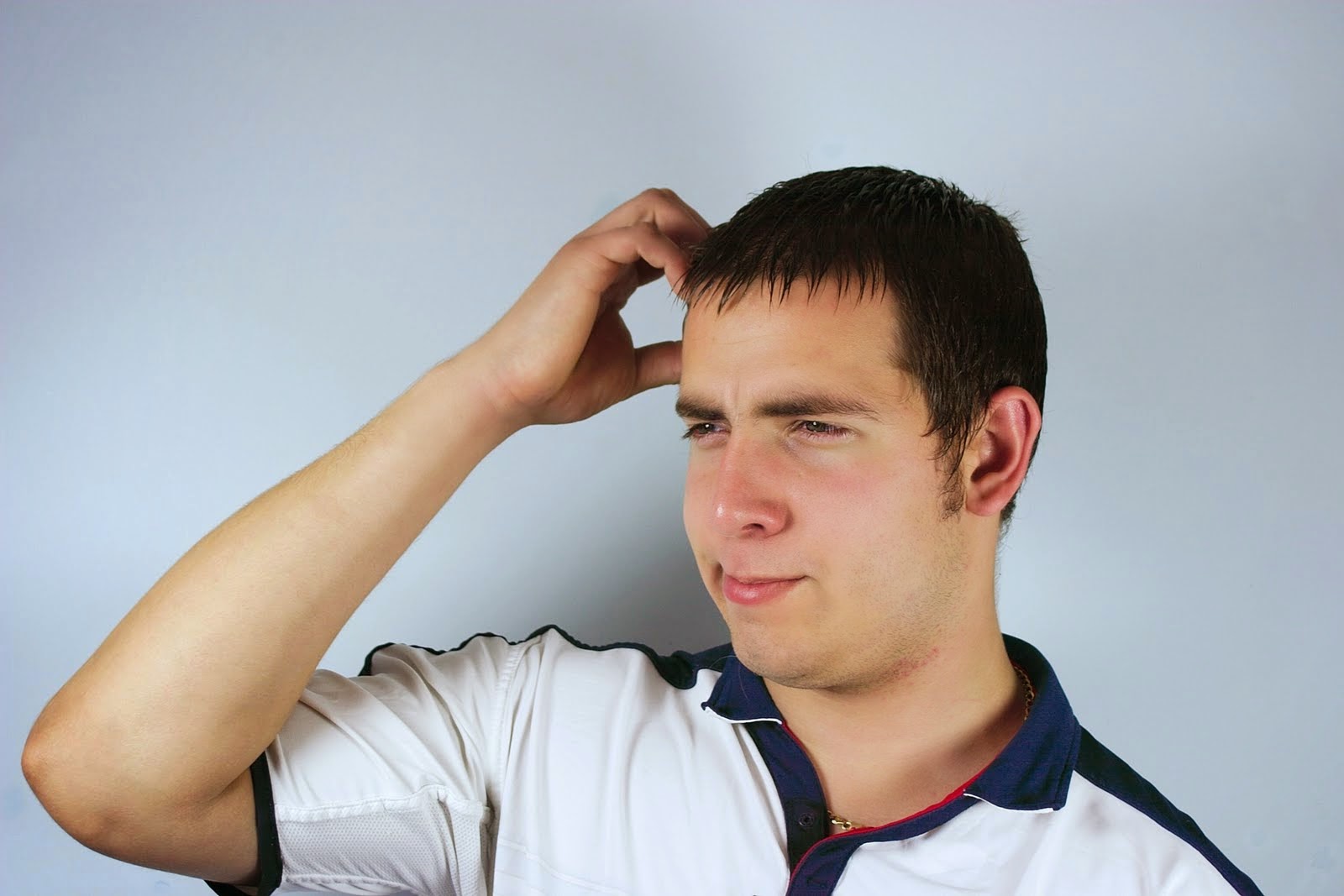 If you use tote bags for groceries, by all means, wash them regularly.  And if you come down with a serious case of food poisoning, see a doctor.  But don't get freaked out by some study that makes an undisciplined connection between reusable bags and food-related infections and deaths.  That doesn't help, and neither does the LMT for printing that sort of stuff.
Posted by KeyRose at 2:10 PM