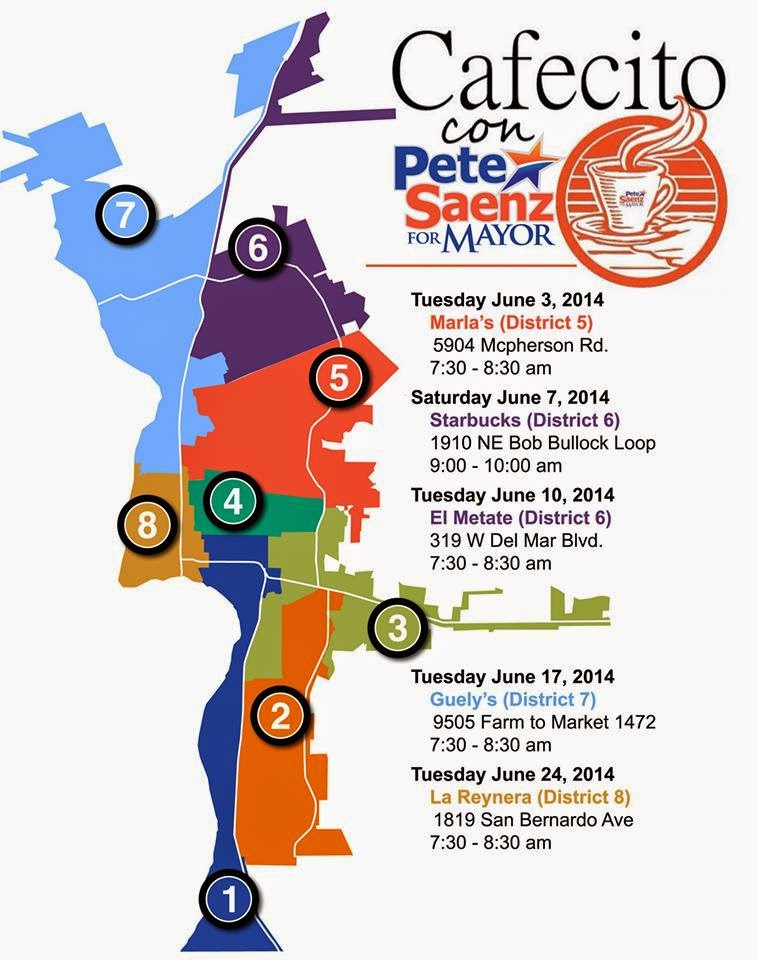 The general election is five months away but one candidate has hit the ground running.  Attorney Pete Saenz has been out meeting people, holding 'Cafecito con Pete Saenz' meetings, to gauge how the city should move forward.

I like this because of its informal round table approach.  You get personal face-to-face time with the candidate without the usual distractions that are characteristic of pachangas.  Not that there's anything wrong with events that include music, food and dancing, but perhaps you can pick up on a person's sincerity in a more intimate setting.

And this probably gives Mr. Saenz a chance to ease into the race and get into mayoral candidate mode.  I think it's something that other veteran politicos couldn't do.  Maybe.  If Cindy Liendo or Jerry Garza did something like this, they would be given an earful.  They'd hear about wasted tax dollars, empty promises and public corruption with a little more pointed disdain.  It would be an all-out circus, maybe, but at least there would be coffee.