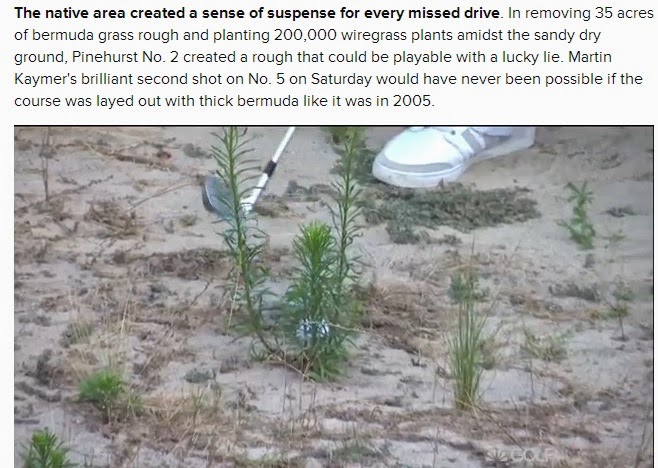 It's by chance that I came across the dramatic change the Pinehurst grounds took on for this year's U.S. Open.  Irrigation was scaled back in vast parts of the course, and native grass was installed to give the landscape a more natural look.  The parched environment is having an effect on play, as well as on fans who are having to dust off all the flying dirt.

I applaud the green efforts employed in this case.  It's a good example of being mindful of our finite resources.

Closer to home, KGNS spoke of the low water levels currently had at the Amistad Reservoir, the site that drains into the Rio Grande and supplies us with water. 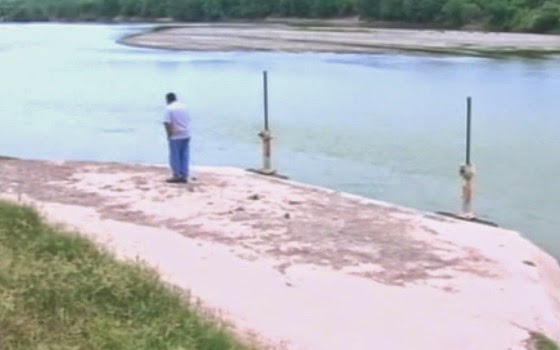 The water level at the dam is at 28 percent, but the director of our municipal utilities department is not worried.  He's optimistic that hurricane season will replenish the reservoir.  Until then we don't have to take further action in regards to water conservation.  (Stage 3 water restrictions were instituted on May 6 and end on September 30, 2014)

If we're at 28 percent, I would think we'd need to do more to conserve water.  But what do I know?  The KGNS reporter said we (each household?) use 137 gallons of water per day.  For an area as dry as ours, I'm amazed that water conservation education consists only of intermittent watering restrictions.  A trivial mention of drip irrigation systems is made in the last press release used by the City of Laredo.  What do the natives know about drip irrigation, water barrels, or grey water systems?

Councilman Perez brought up an item yesterday that speaks to water conservation:


Discussion with possible action to enter into an Interlocal Agreement withTexas Department of Transportation (TXDOT) to install post and cableand zeroscaping at a triangular property bordered by U.S. Hwy 83,Guadalupe Street and Milmo Street that is owned by TxDOT.

I'm not sure if they actually meant to write zeroscaping, instead of xeriscaping.  Either way, I think the city could do more to promote conservation.

I know I risk sounding paternalistic with my views on water conservation, but I really think this is just one aspect which is part of a more sustainable way of living that can enhance our quality of life.
Posted by KeyRose at 2:06 PM