Paying a contractor almost all of the money he's asking for is not really a settlement, it's paying him in full, practically.  I realize this matter is at the lawsuit stage, and the county auditor wants to appeal the decision of a local judge, but ultimately there must be a loser.  Unfortunately, the losers are the residents of Webb County.  What bugs me the most about this is that we'll end up paying a contractor for sub-par work. 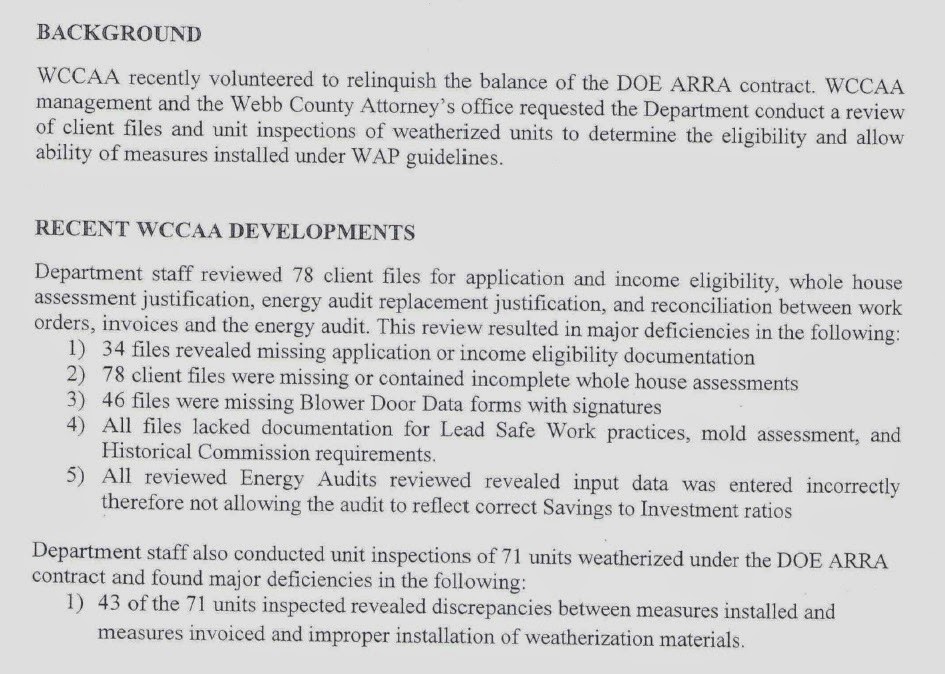 The report above was sent to Webb County officials by the Texas Department of Housing and Community Affairs.  (Obtained locally via a FOIA request)

That last part jumps out: 43 of the 71 units inspected revealed discrepancies between measures installed and measures invoiced and improper installation of weatherization materials.

UPDATE:  I spoke to Commissioner Galo today.  He told me the county (as in us) is paying the contractor for work that was deemed appropriate.  In other words, work that was sub-par is off the table and would not be paid for.  The commissioner took issue with Mr. Flores' actions, calling him disingenuous and insisting that he has no place in the negotiations taking place in this current lawsuit.

I can see how Mr. Flores is trying to avoid using public funds to pay for work that was done on private property, but perhaps this makes sense, as I'm trying to understand everything that's going on here:  we're paying for the lawsuit and the work that was actually done.  We need to put aside the fact that the weatherization program was handled so incompetently.

I still don't like that we have to foot the bill, but somebody has to pay. 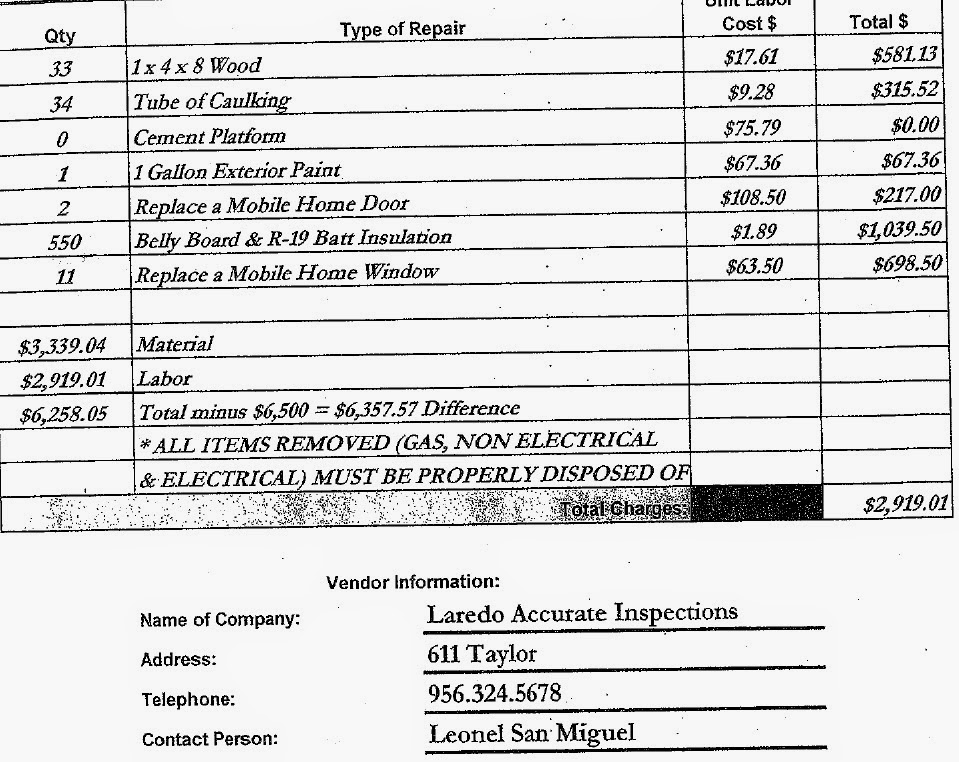 Mr. Galo lamented that nobody was charged criminally for the botched weatherization program.  At the very least I would want to know more about those who signed off on the work, and how they were appointed to that position.  Also, I want to know if caulking and 2x4s really cost that much.
Posted by KeyRose at 8:32 AM