Voz de Niños (VDN) is a local organization that pairs volunteer advocates with children that are in foster care.  It has been serving Webb County for the last six years.  Voz de Niños trains any person interested in becoming a volunteer.

Once a volunteer is trained, he/she visits with the child (children in some cases), and foster family.  The volunteer collaborates with local agencies.  And reports of all findings are made to the presiding judge and VDN. 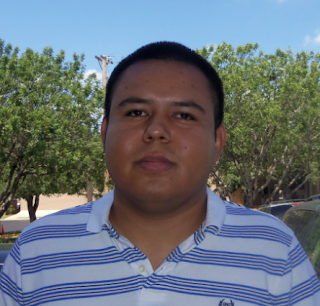 This young man has volunteered with VDN since November 2012.  Francisco majored in Criminal Justice and is looking to pursue a graduate degree in the same field.  He learned about VDN and its mission through a Facebook post that recounted a case of child abuse.  Francisco was so moved by the story that he decided to become a voice for abused and neglected children.

Because of his schooling, Francisco already had an understanding of what he was going to encounter.  Currently he is assigned to one child.  He has learned about the family dynamics that are particular to his case.

Francisco has learned what everybody's role is in seeing that the child's needs are met.  For his part, he has made numerous visits with his assigned child.  He has made court appearances to give his input on the progress of the case.  And he has helped distribute donations, given through VDN, to the child.

Francisco expressed that the volunteer work is not daunting, and he sees himself working with VDN in the years to come.  Currently he is taking advantage of a new employment opportunity, but is focused also on being the voice for a child in need. 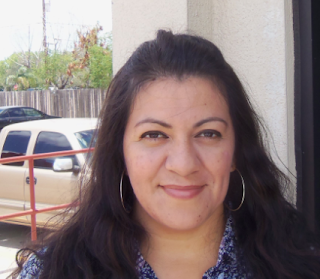 Claudia became aware of VDN's mission at a high school event, where the organization had set up a booth to hand out information.  She was assigned her first case early last year.  For years Claudia wanted to get involved some way in helping children.  She knew now that if she was going to get involved, she would have to give her efforts 110 percent.

It's easy to see that Claudia is a dedicated volunteer.  Not only has she complied with her duties as a child advocate, but has had to travel out of town because of her child's foster care arrangement.  She states that the child is in a very good place, where the foster parents are very supportive, but laments the fact that the child does not want to be there.  Claudia understands that it is very difficult when anybody would be separated from his/her surroundings.  But she also understands that there's only so much she can do.

Claudia voiced some frustration at how help comes to children after they've already been abused or neglected.  But her strong mind, and commitment to service keeps her working for those who need a voice.  There was one instance where Claudia reported to court.  Because of unforeseen circumstances, nobody was available to report to the judge on the child's progress.  She had to step in and convey to the court what the child was going through.  Claudia stressed that it's not a usual occurrence, but she was ready in that moment to step up to the plate.

La Sanbe applauds Voz de Ninos, but it gives major props also to the caring volunteers who work for abused and neglected children, day in and day out, all for nothing in return.  To learn more, visit Vozdeninos.org. (VDN also on Facebook)
Posted by KeyRose at 8:24 AM