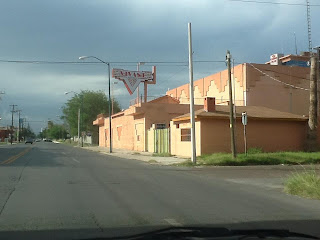 The nightclub Vivant's in Nuevo Laredo appears mostly intact today, but the rumble of dance music and partying teens is long gone.  The lure of former hotspots like this, apart from the ambiance, was the accessibility of alcohol for Laredo teens.

Recently I put forth a query to establish, more or less, how recent it had been that the various Nvo. Laredo clubs were still thriving.  I recall making trips to Firenzi's, and Plaza San Miguel some time in the early 1990s.  A younger acquaintance remembers taking an out-of-town friend clubbing in 2002.  His companion was of Indian descent, so their entry back to Texas was, let's say, a little more thorough than what most of us were used to.

Usually when we crossed back into Laredo, we were met with a quick inspection from the customs agent at the international bridge.  But in the post 9-11 world, things changed, moreso for some.

Part of the reason I inquired about the nightclubs in our sister city was also to get an idea of when cartel violence started taking hold of Nvo. Laredo.  From unofficial reports I've heard, because of the violence, people move indoors once the sun goes down.  Streets are practically empty at night.  This week we learned that the leader of the Zetas cartel was captured in Nuevo Laredo.  Little consolation, perhaps, for a city marred by years of negative publicity due to cartel violence.  Add to that the fact that the Zetas already have a successor in line to take over the captured leader.

Last year El Mañana reminisced about the glory days of Nvo. Laredo nightlife.  Mention was made about the iconic Cadillac Bar and the nod it got in Texas Monthly.  (The Cadillac Bar became El Dorado)  It closed in 2010. 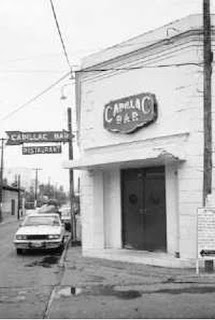