DJ Dumbass Does It Again

Media outlets have been busy covering several heavy issues.  One of the latest was yesterday's decision by the Supreme Court to remove an important provision from the Voting Rights Act.  Naturally, civil rights proponents saw this as an affront to the voting public, especially to minorities.  Our town idiot Jay St. John didn't think the decision was so egregious.  But what was more interesting was in the way that he expressed himself.

Here is the text he posted on his group's Facebook page. 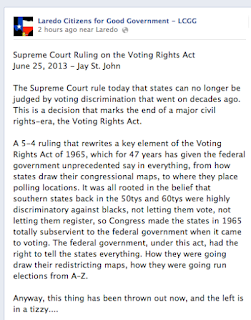 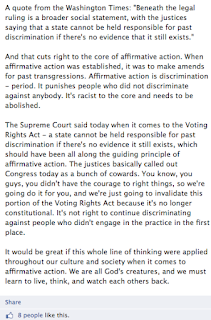 Some grammatical errors here and there, nothing weird.  Not until you compare it with what Rush Limbaugh said. 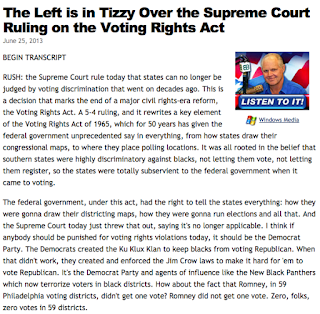 Look for the passages that were ripped by Jay.  He changed a word here and there. 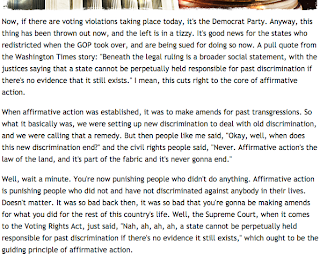 Jay's not only lazy, and dumb, but he obviously doesn't know the difference between right and wrong. 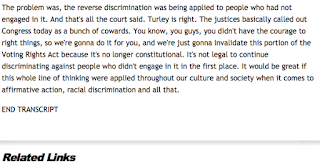