They Just Got Back From Washington!!! 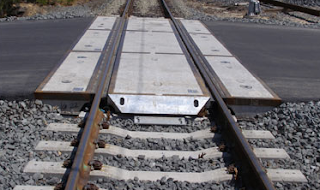 The picture above is what railroad crossings are supposed to look like.  But in my neck of the woods, the crossings for vehicular traffic are made of nothing but asphalt.  After a while, asphalt in any setting warps.  Needless to say it's many a bumpy ride over several crossings in Alex Perez's district. 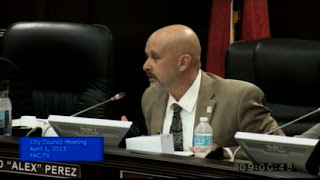 At tonight's council meeting, Mr. Perez appeared frustrated at the lack of attention paid to the bumpy railroad crossings.  He said that he doesn't know what else to say to his constituents who are apparently complaining all the time about the problem.

It's been a year and a half that he brought this matter up to city staff and nothing has been done, especially by Kansas City Southern, the rail company who bypasses the barrios frequently throughout the day.

The Laredo city manager does not suggest fixing the crossings because the tracks could be damaged, thus setting up the city for litigation.  His idea instead:  have our consultant reach out to transportation officials at the federal level.

Wait a minute.  This problem is a year and a half old as per Mr. Perez.  The city manager and Mr. Alex Perez have been up to Washington twice in that time.  What the hell have they done over there?!!!!!!!!