Last week Henry Cuellar, along with city leaders, appeared together in a press conference talking about $61 million coming our way to upgrade Bridge 1.

Whether those 61 mil. are actually getting here is up in the air. 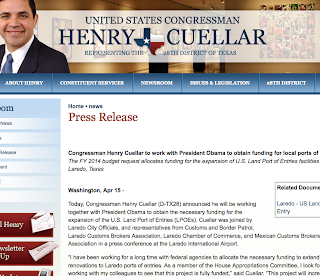 The General Services Administration (GSA) mentions the bridge project as being in the president's 2014 budget.  But this is the same budget where Obama proposes cuts to Social Security and Medicare -- not exactly popular with the base.

Henry Cuellar probably knows something about this, after all, it's been on the GSA's radar for the last two years. 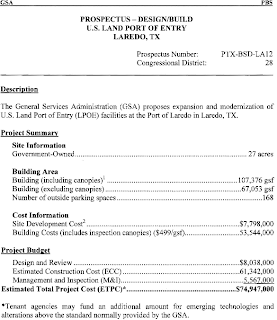 It might be time for Laredo's port to see some serious cash, but I don't know why an actual photo op/presser is warranted when the money hasn't been allocated yet. 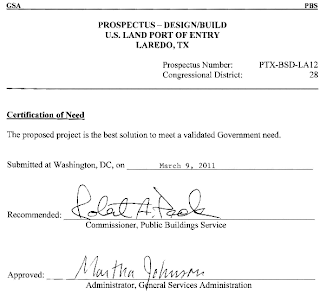 Of course the next photo op will be of Henry Cuellar holding a big, coroplast check for the amount of $61 million.  It might very well come but I'm not holding my breath.

Thanks go out to a blog reader for giving me a heads up to the 2011 GSA report.