Not All Tree Huggers Treated The Same 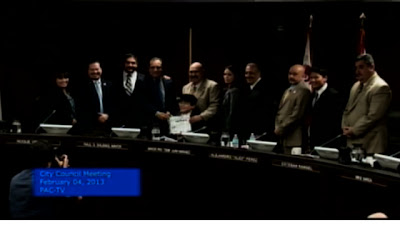 City council and the mayor are all smiles in recognizing a young man's efforts in making America beautiful.  Oscar Medina IV won the Ruthe Jackson Youth Leadership Award last year.  For that he gets his picture taken with the residents of city hall.

Just prior to this, our city leaders all had a palpable disdain for Laredoans wanting to protect green spaces near Lake Casa Blanca.  The mayor in the past has spoken disappointingly about the lack of local participation at the polls.  Here we have many people active in the democratic process and he doesn't want any part of it, not while the clock is ticking.