When did the mayor and Councilman Jorge Vera become Owen Wilson and Vince Vaughn?  Any time there's an event for the media to cover, both elected officials are ready to crash it in the name of public service.  Yolanda Salinas is our only hope.  If she wins Vera's seat, she can break this self-serving bromance up. 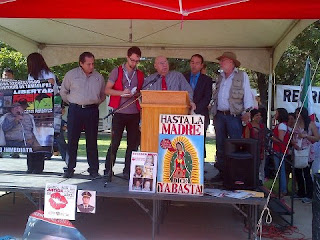 Perhaps an intervention is in order.  If not for the absurdity of the constant pairing, then for the possiblity that we may be shelling out taxpayer-funded mileage for these two to drive all over town for publicity.

They're our version of a dynamic duo.  One plays bad cop while the other takes an extended bathroom break.  After a while, they'll be finishing each other's sentences.

Let it be known -- if you open a business and your ribbon-cutting event needs some gravitas, not only will the bloviator-in-chief make it, but he'll bring a friend.