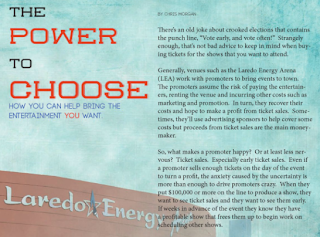 The April edition of In Laredo is out.  I especially found the article about concert promotion (page 24) at the LEA interesting.  The writer ponders whether rock acts will return to Laredo given our propensity for being last-minute ticket buyers.  And now that we have no radio station that caters to rock music, the chances of promoting such a show are now slimmer.

One thing that won't change is that we will always wait to buy our tickets at the last minute.  And by we I mean the people who enjoy rock concerts.  We're not special in that way as other cities have to put up with the same practice, but we take it to another level.  The only thing that I would add to the story is that perhaps the rock enthusiasts in Laredo are not the problem but instead the venue(s) available.

I'm including a photo of a ticket stub from 1999.  Fastball played at a club on Santa Maria Ave. 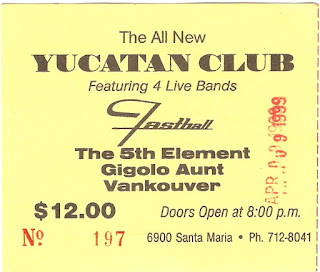