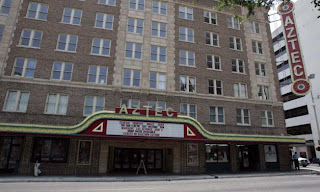 “San Antonio Rose Live,” which had operated on weekends since Sept. 21, 2009, closed Sunday. The glitzy project — which included a $6 million renovation of the 1926 landmark at St. Mary's and East Commerce streets — was a dream for its creator Rick Drury, director of Drury Southwest.

The theater failed to attract an audience, and one concert promoter spoke to its limitations.

“We looked into it as a live music venue. It's a tough situation down there because of the parking. It's a beautiful theater and has tremendous potential. But with only 970 seats that means you have to sell it out all the time. It's cost prohibitive,” he added.

Parking seems to be a common complaint for anything downtown related.  But how is it that the Majestic Theater is still up and running?  The Majestic is a 2,000+ seat venue.  That helps to some extent but parking can't be used as an excuse.

Laredo had its own downtown theaters long ago.  None of those spaces are used for entertainment today. 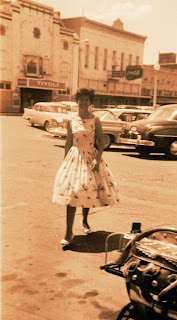 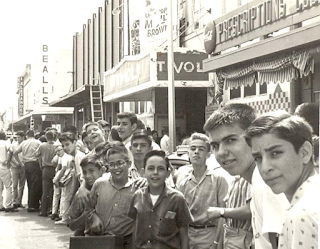 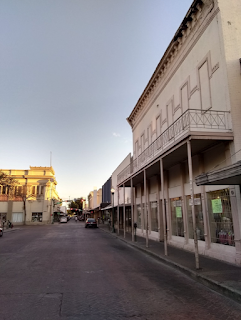 Didn't want to throw this photo away.  I used it as a background, to superimpose the image above: kids in line along Flores Ave.
Posted by KeyRose at 8:55 AM